This map shows the area around the Oder delta and the Szczecin Lagoon (Zalew Szczeciński in Polish, Stettiner Haff in German), with the current regional boundaries (as of 2013). The map is in Swedish, as it was produced for an article on Sweden’s historical (pre 1815) overseas provinces. The Oder delta and the Szczecin Lagoon is an area which has seen several drastic national boundary shifts throughout the last centuries. Today, it’s an important example of cross-border cooperation between Germany and Poland. 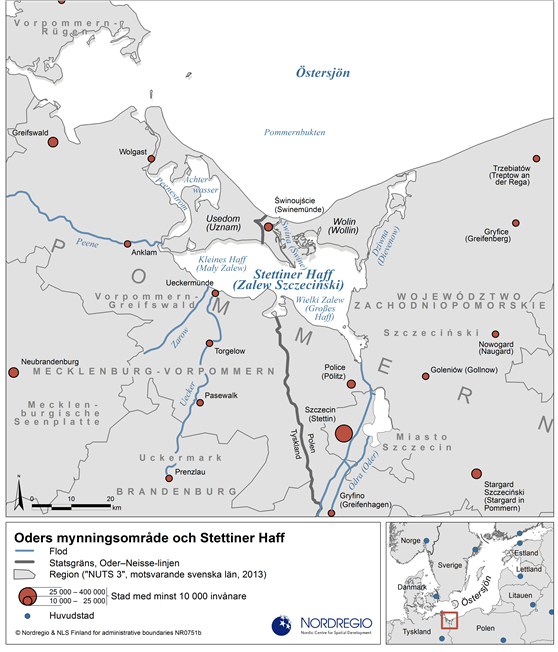