The map shows the language situation in Finland according to official administrative boundaries by 1 January 2015.

The Language law of Finland stipulates that Mainland Finland has two national languages, Finnish and Swedish. In the Åland Islands, the official language is Swedish only. In four Sami populated municipalities of Northern Finland, Sami is recognized as official language.

The vast majority of Finland’s municipalities, and almost all of the inland municipalities, are officially Finnish speaking. Municipalities where Swedish is recognized either as minority or majority language are located along the Western coast (mainly in Österbotten), and along the southern coasts of Mainland Finland. 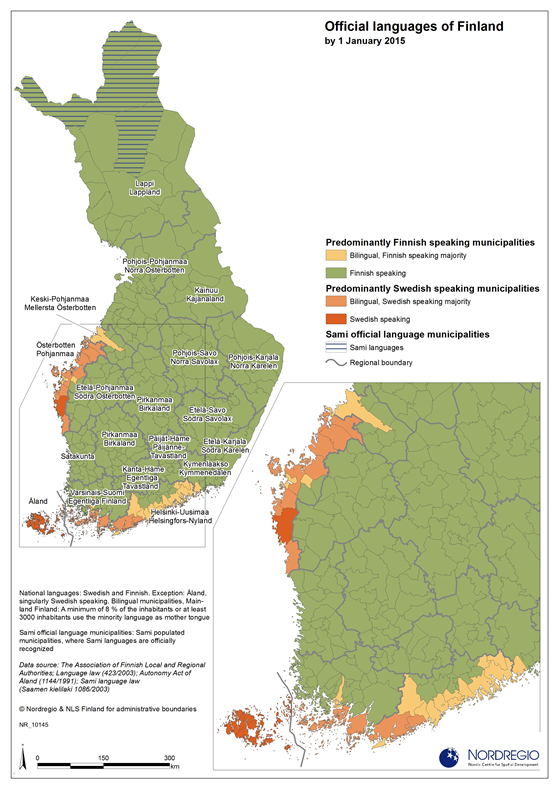