This map indicates changes in the old-age dependency ratio in the Nordic municipalities between 2007 and 2017. The old-age dependency ratio is the number of elderly people at an age when they are generally economically inactive (i.e. aged 65 and over), compared to the number of people of working age (i.e. 15–64 years old). It is a standard indicator used to measure the pressure on working-age population.

The map highlights ageing population in the Nordic Region. However, population ageing between 2007 and 2017 has been least pronounced in large urban areas. There, the negative change has largely been a result of the influx of young people from rural areas and abroad who moved to these urban centres for education and work. Strong annual average increases of more than 4% occurred in rural areas of Finland, Iceland and urban-adjacent municipalities in Denmark, for instance in the surrounding areas of Aarhus and Copenhagen. 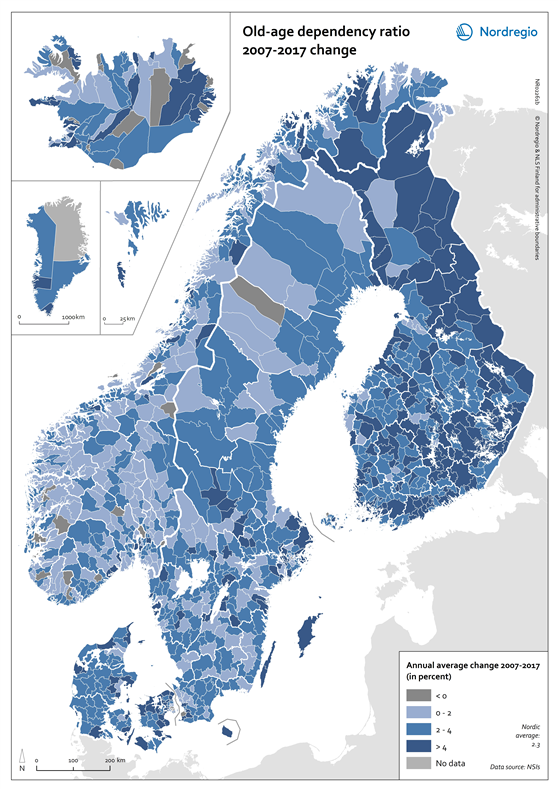