The map shows the type (positive or negative) and size of population change from 2010 to 2019 in all nordic municipalities. 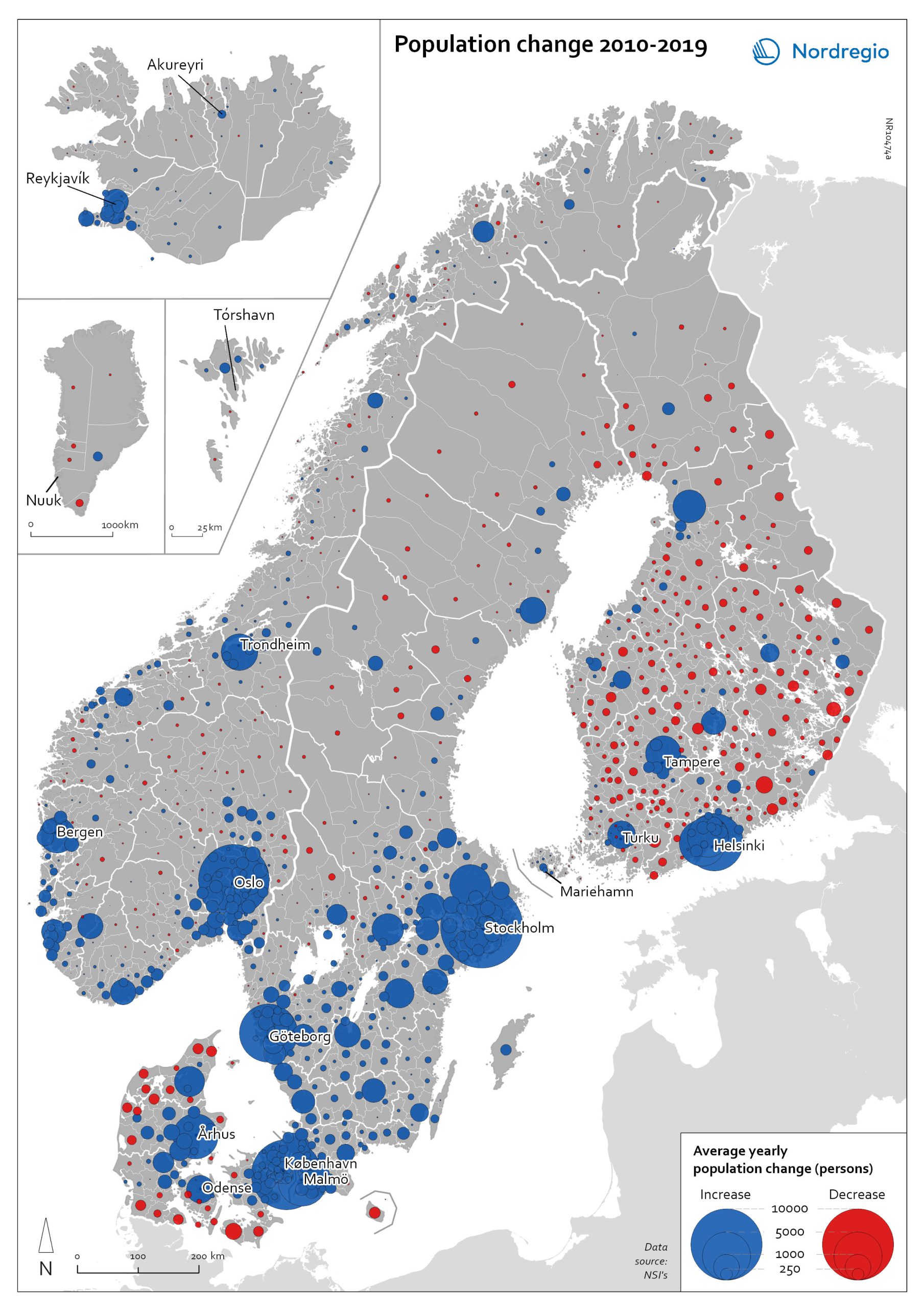