The blue tones represent expected population increase, with dark blue indicating the greatest increase (beyond 10%). The light grey tone indicate population decrease. Municipalities with no data available are shown in dark grey (e.g. Iceland). The circled areas in red are groups of municipalities that will contribute to 80% of the population growth within each country.

The National Statistical Institutes (NSIs) and Tillväxtverket expect that the population of the Nordic Region will continue to grow up to 2030. However, this trend hides differences between countries and municipalities. The map indeed highlights the fact that the growth will continue to be skewed towards urban areas for most parts of the Nordic Region, except for Greenland. 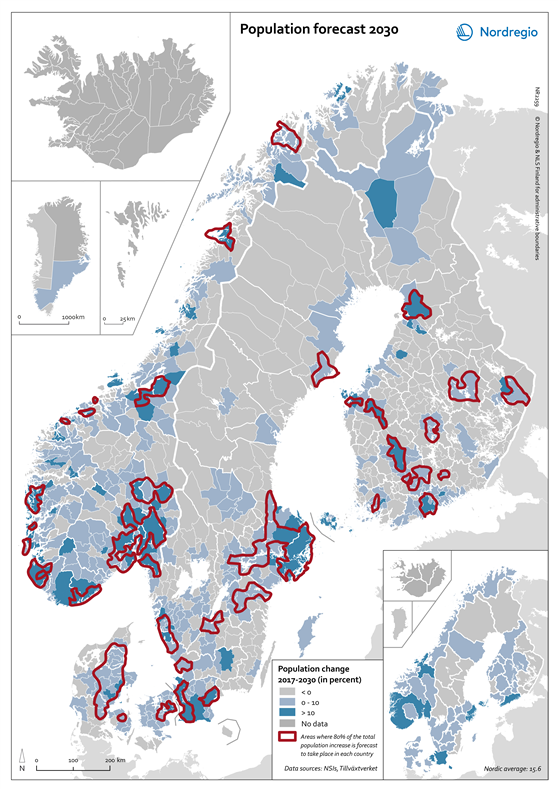