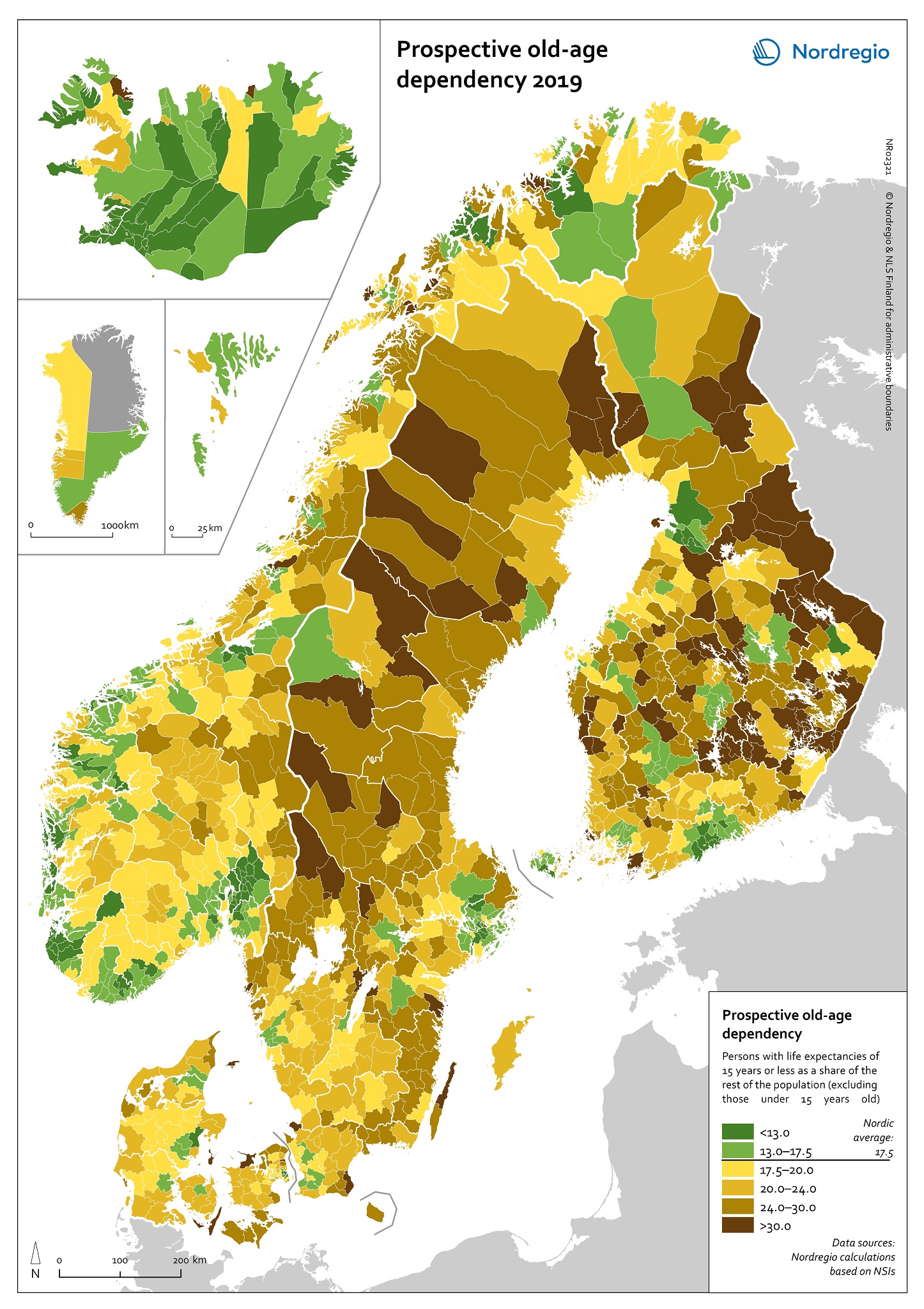 While conventional old-age dependency ratio measures population by a fixed age break of 65, the prospective old-age dependency ratio (POADR) is based on the notion that the need for care and associated costs for health and care systems generally increase steeply towards the end of peoples lives (e.g. Miller, 2001, Seshami and Gray, 2004), why the POADR indicator models the population in age groups who have a life expectancy of 15 years or less to the rest of the population of at least 15 years of age.