This map shows the share of the total population receiving social assistance in 2015 in the Nordic municipalities.

The high rate in Finland is associated with 18–24-year-olds of whom 14.9% are on social assistance, compared to the next highest of 7.4% in Sweden. Sweden also has several areas where the proportion of the population on assistance is high, including Södermanland and Värmland. Norway has only a few such areas, mainly in the far north. Overall, the distribution of recipients in Denmark is evenly spread across the country, with no areas with a significantly higher proportion of recipients.

Financial social assistance is granted in all the Nordic countries when all other support options with loss of income have been exhausted. It is the last resort in the social security system and is given either as substitute for other sources of income or as a supplement to low personal income.

Recipients of social assistance are mostly outside the labour market due to various factors such as long-term illness or disability, or their pensions are too low to cover their basic needs. Regions may be particularly vulnerable if they have high rates of newly arrived immigrants, if they suffer from downsizing industries or if they have large numbers of less-educated workers on low salaries or engaged in predominantly part-time work. 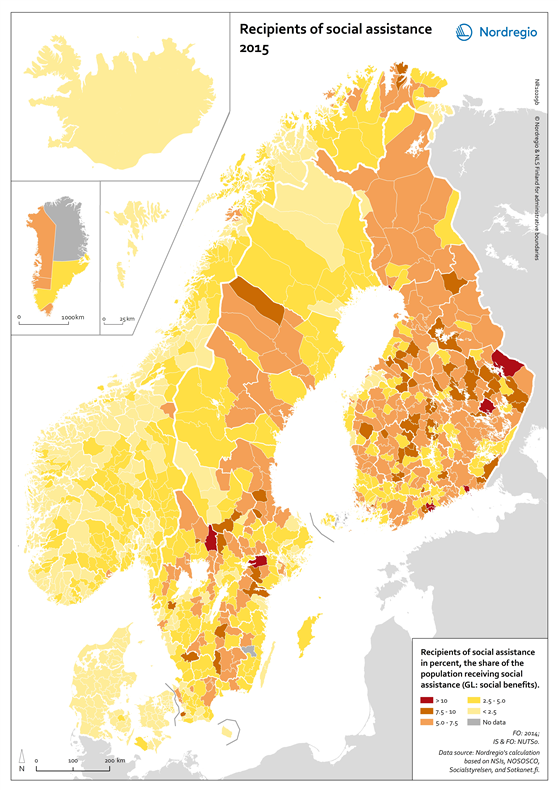