The map shows that the top performer in 2015 is Oslo, the Norwegian capital region, closely followed by two other capital regions: Hovedstaden in Denmark and Stockholm in Sweden. Some particularly strong results can be seen from regions with industries, businesses and services related to oil and gas extraction. Denmark and Iceland have a large proportion of regions with high regional growth potential. In Sweden and Finland the domestic variation between the strongest and weakest regions is greater. In the south-east of Sweden, most regions scored relatively poor, and many regions received lower rankings in the eastern and northern parts of Finland. 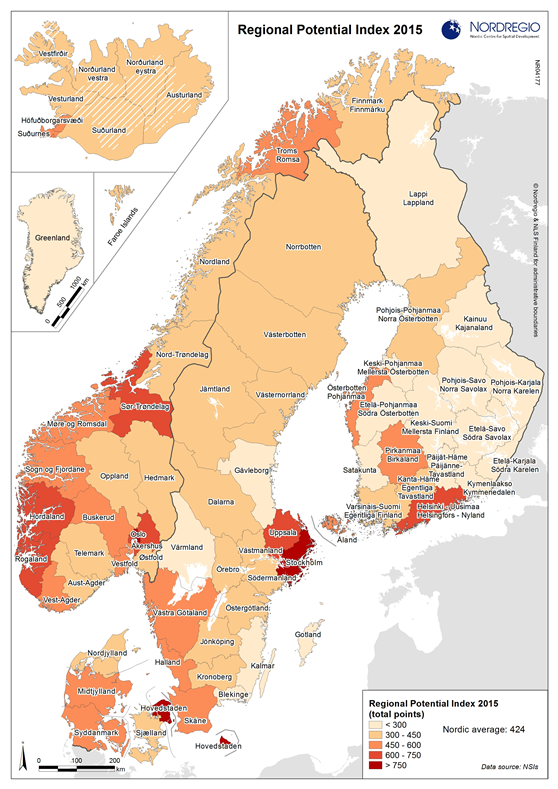