The European standardized “NUTS” and “LAU” systems classify individual countries’ administrative levels into one common structure, e.g. by taking into consideration population size, and thus facilitate comparisons between European countries’ regions and municipalities. Such standardization is in many cases very useful from a statistical point of view, for example regarding analysing and presenting data on a comparable administrative level. However, these comparable administrative levels do not always match with relevant policy perspectives within each individual country. E.g. within the Nordic and Baltic countries, the standard regional level is equal to NUTS 3 in Finland (maakunta/landskap), Norway (fylke) and Sweden (län). In Denmark, on the other hand, since the regional reform in Denmark in 2007 the NUTS 2 level (regioner) is the main regional division.

In addition, despite the standardization notable variations in the structure of the local administrative regions still exist, simply because of the varying number of NUTS and LAU units in different countries, and in relation to the countries’ sizes both in terms of population and area. One of many examples are Sweden and Estonia, where the difference in number of municipalities are quite small (290 versus 213), while Sweden covers a much bigger area and has almost eight times Estonia’s population.

Regions and municipalities in the Nordic and Baltic countries in 2015 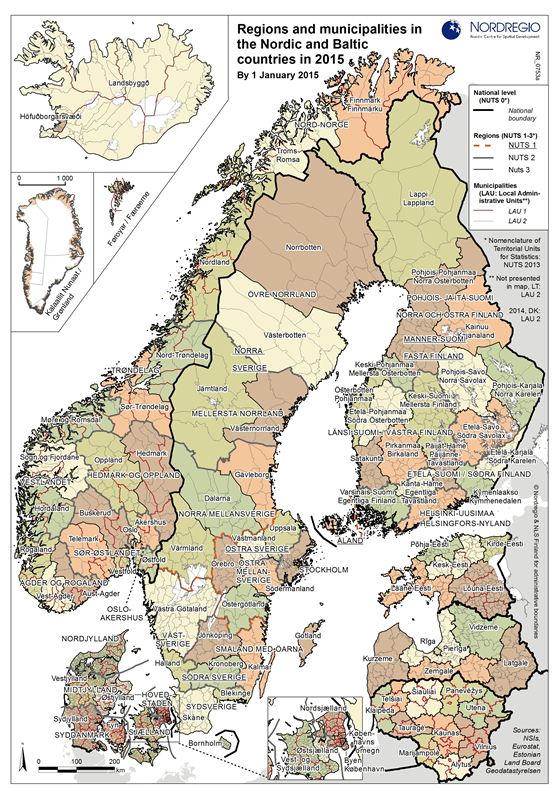