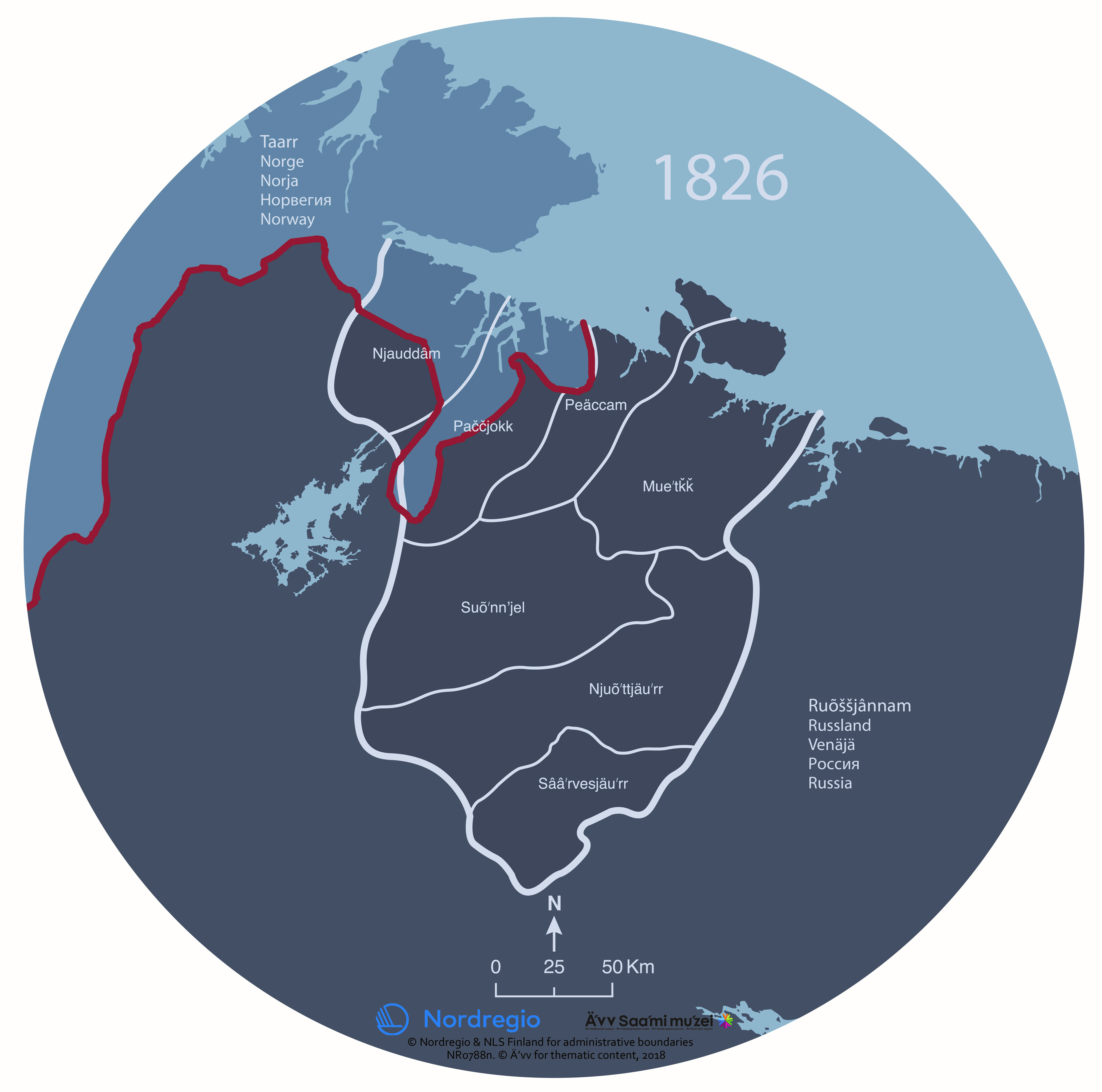 Drawing the borders in 1826 has had a dramatic effect on the Skolt Sámi. Neiden and Pasvik areas were divided between Norway and Russia. The Skolt Sámi lost extensive parts of their living areas and their rights. They became citizens of two countries. Due to a growing number of immigrants, the competition for resources and land increased.