The map shows the location of the seven Skolt Sámi sijjds. The word sijdd refers both to a geographic area and to the people who use it. The Skolt Sámi are an indigenous people with a unique culture and history. In the past, the Skolt Sámi knew exactly which areas belonged to their sijdd. If necessary, the borders of the sijdd could be redrawn by oral agreements. There were strong social ties between the Skolt Sámi areas. Marriages across sijdds were common. In some places, this sijdd system continued until World War II. 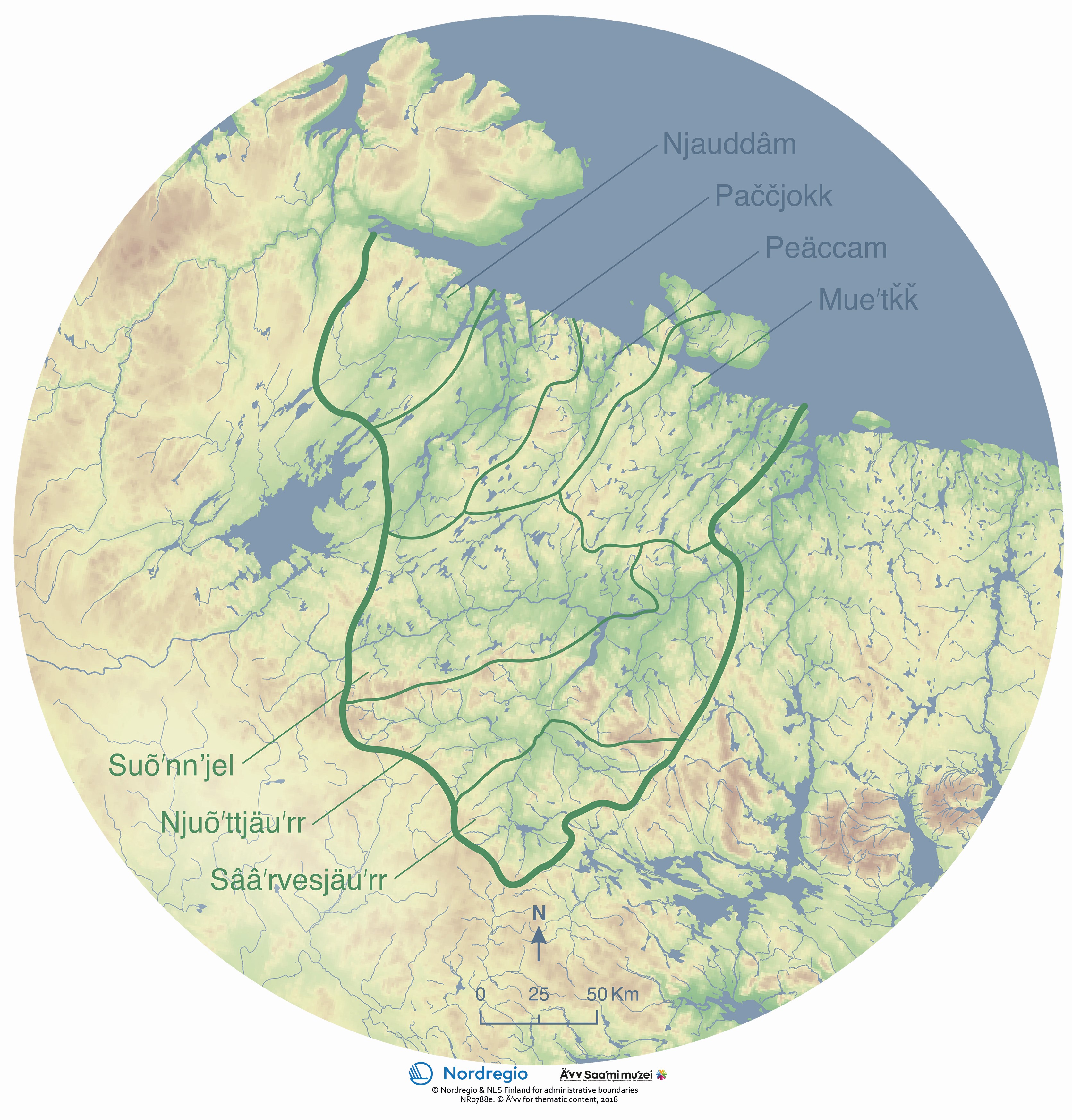 In the past, the Skolt Sámi moved between several dwelling sites throughout the year. During winter, all the families of the sijdd moved to a common winter settlement. The Skolt Sámi lived on fishing, hunting and gathering. They also kept some reindeer and sheep. The resources of the sijdd were considered collective property, however movables and buildings were owned by individuals. This map shows the water bodies (lakes and rivers) according to their historical extent and location, before they were dammed up or given new courses during the 20th century.