Saaʹmijânnam – the History: Taxation and borders in 14th century 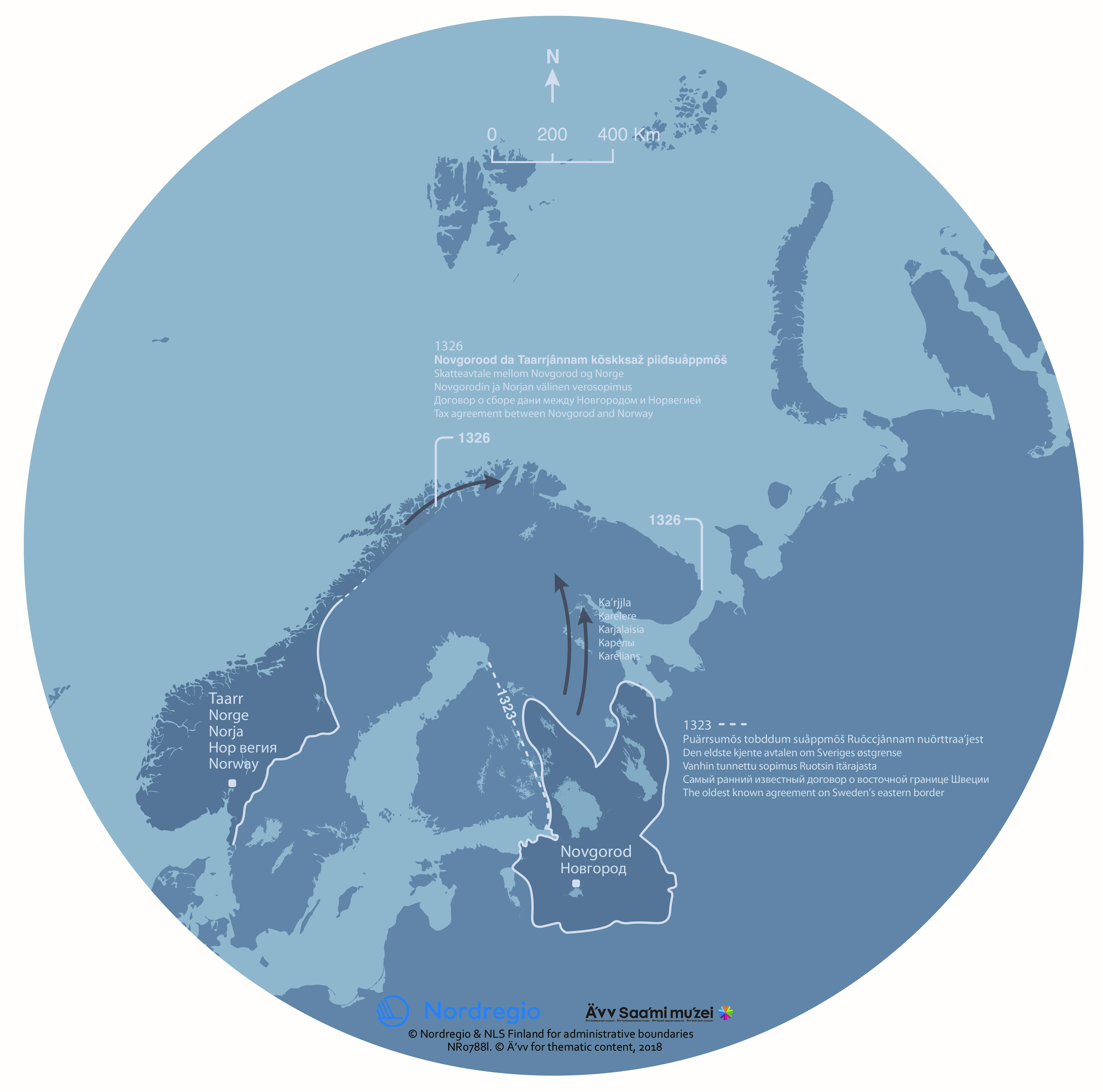 In 1326, the treaty of Novgorod led to the Sámi being taxed twofold. The Sámi areas were under pressure from both the east and the west. Karelian and Norwegian settlements spread to the north. Karelians collected taxes from the Sámi, as they themselves were obliged to pay taxes to Novgorod.