The map shows the locations of second homes in the Nordic countries. 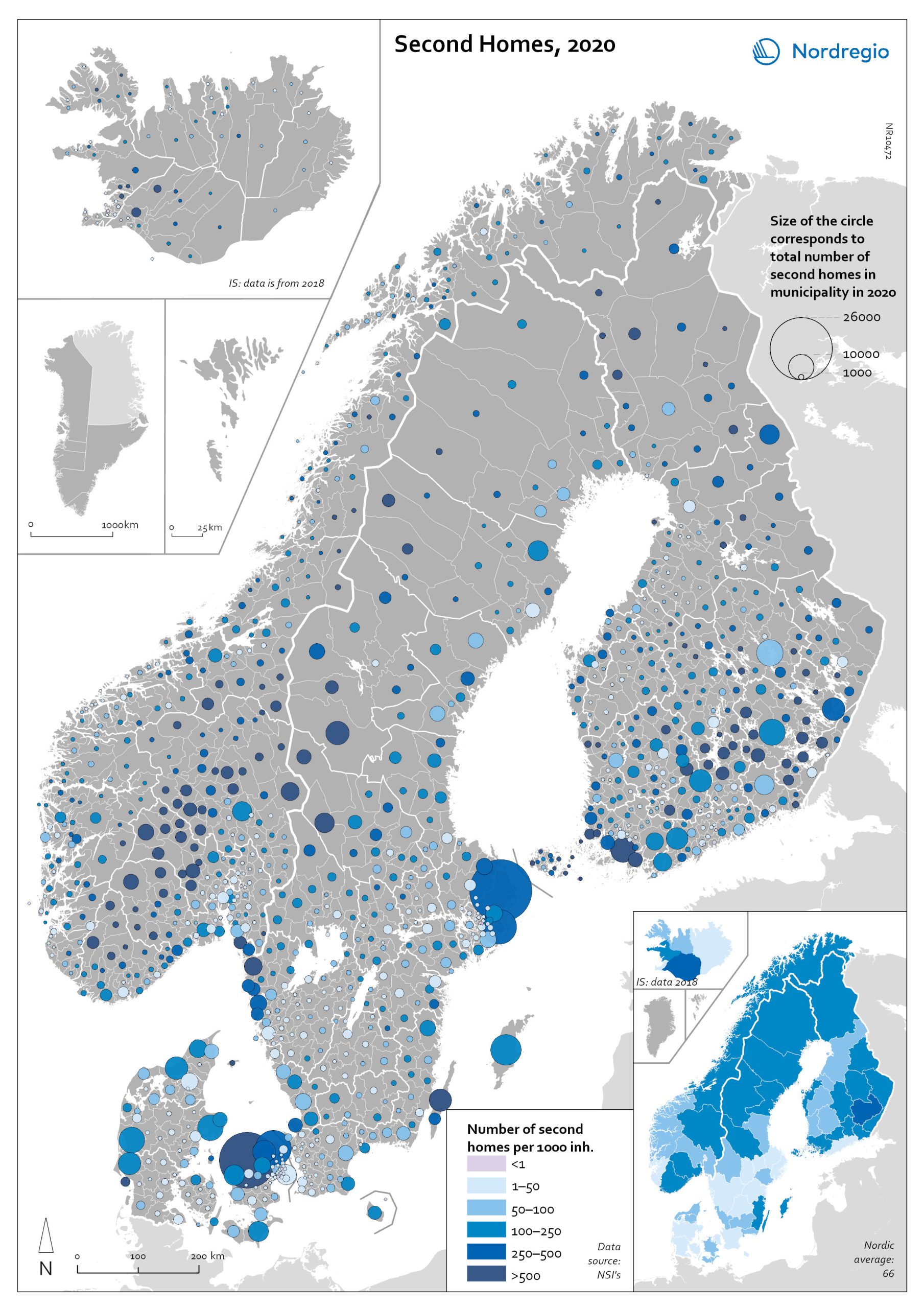 The size of the circle represents the number of second homes in each municipality, while the colour highlights this number in the context of the permanent population, with darker colours representing a larger number of second homes per 1 000 inhabitants. The main areas for second homes – both in numbers and in relation to permanent inhabitants –  are Northern Sjælland and along the west coast of Jylland (Denmark); mid-eastern lake areas (Etelä-Savo/Södra Savolax) and southwest archipelago including Åland (Finland); municipalities in proximity to Reykjavík in south of Iceland; the southern mountain areas Innlandet and Buskerud fylke (Norway); and the southern mountains area Dalarna and Jämtland Härjedalen, Stockholm archipelago, and Öland (Sweden).