The map shows the population aged 65 and over as share of the total population in 2017 at the sub-regional level in the Arctic.

The Arctic is generally characterized by a low share of elderly (9,7%), especially in the subregions of Yamalo-Nenets, Krasnoyarsk, and Chukotka (Russian Federation), and Nunavut (Canada). Many of the Nordic subregions had a share of elderly over 20%, as well as in the Haines Borough (Alaska). 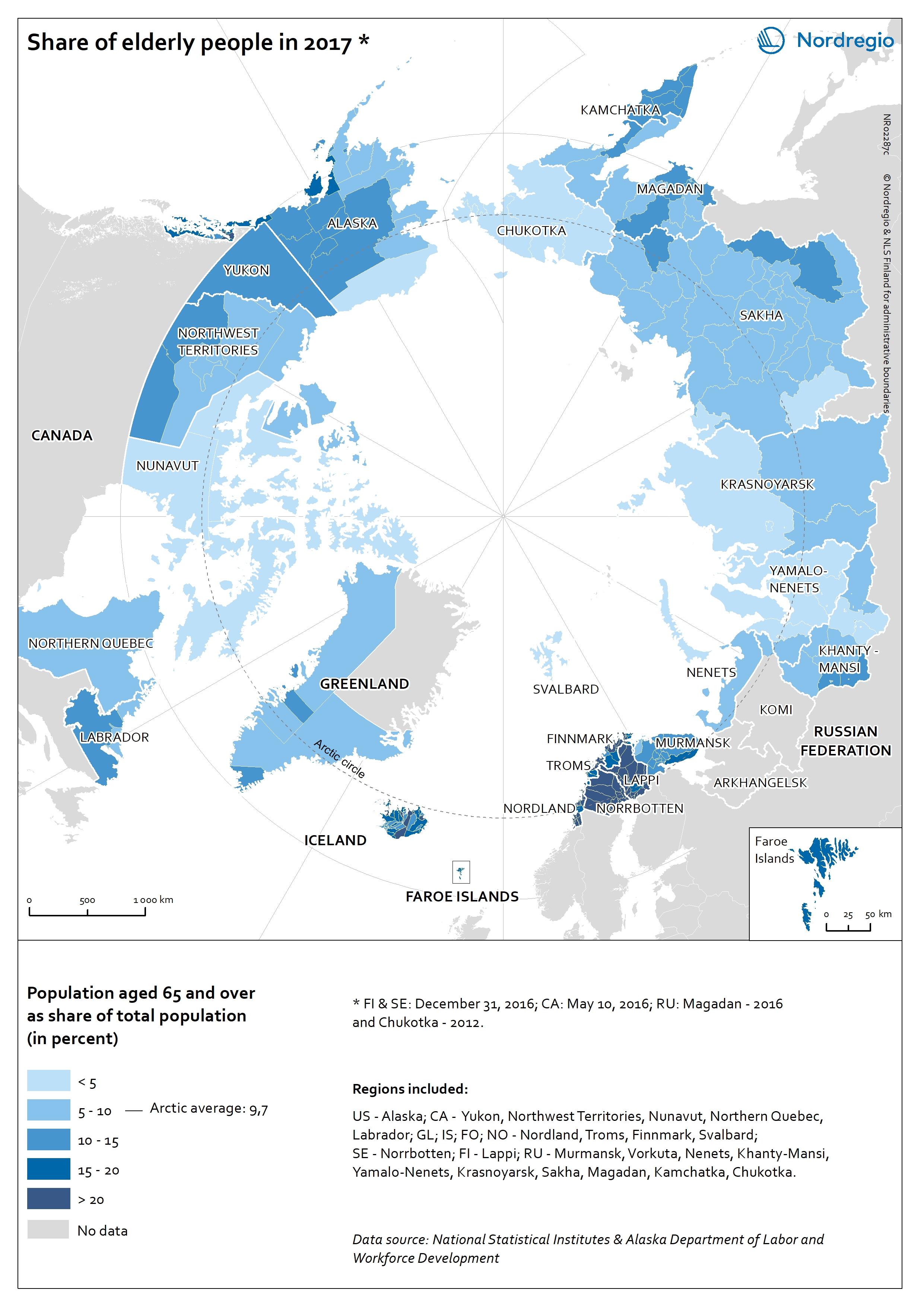