The map shows the population aged 15-24 as share of the total population in 2017 at the regional level in the Arctic. Age 15 to 24 is a standard international definition of youth used by the OECD and United Nations.

Keewatin in Nunavut region (Canada) had the highest share of youth (18,8%). Region 3 in the Northwest Territories, Northern Quebec, as well as the other two regions in Nunavut (Canada) had a share of youth above 15%. Magadan (9,2%), Arkhangelsk (9,4%) and Komi (9,7%) (Russian Federation) had the lowest shares of youth in their total populations. 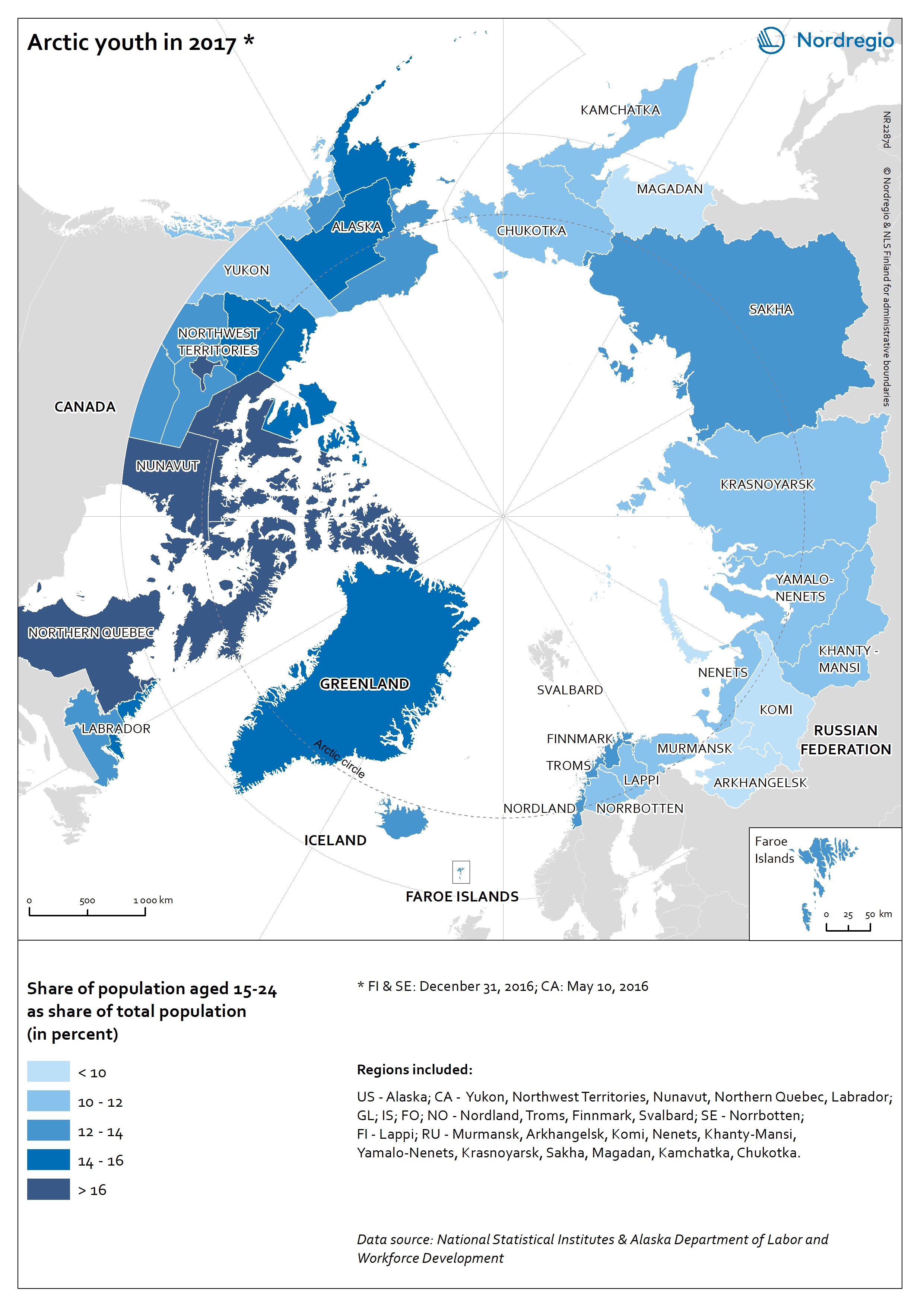