This map shows the frequency of vessel routes in 2015, and the locations of ports with onshore power supply (OPS) in 2016. The preferred shipping routes are unevenly distributed across the BSR, and the same applies to the OPS ports. Areas with the highest density of vessel routes and OPS ports are the Skagerrak, Kattegat, Storebælt, Øresund, the southern Baltic Sea between Denmark, Sweden and Germany, the sea between Gotland and the Swedish mainland, Gdansk Bay, and the Gulf of Finland. 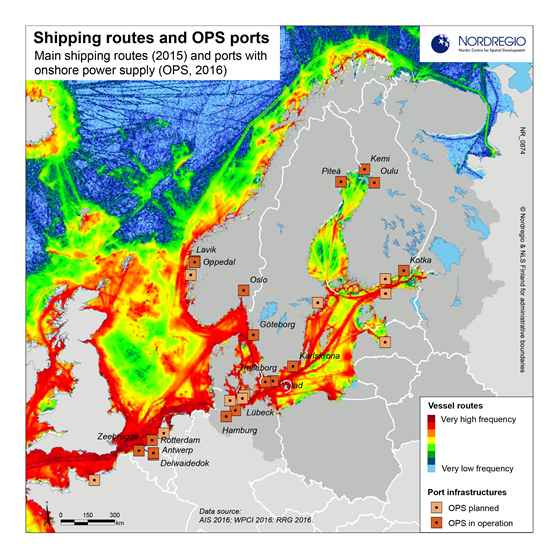