The map shows regional differences in the Arctic regarding ratio of female/males in tertiary education level, displaying highest ratios of female (regions in red) in all regions in the map except Faroe Islands. Highest ratios can be seen in Labrador, followed by a number of Russian regions. In part of Canada and Russia the unbalance between tertiary educated females and males has deepened during the latest years due to increasing employment in oil and gas industry where a lion share of newcomers are (uneducated) males. 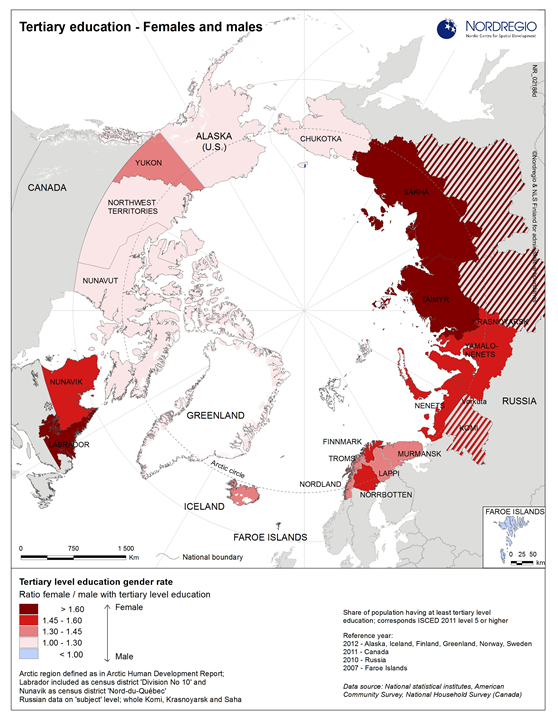