The map shows the percent of individuals aged 25-64 with tertiary education as the highest attainment level in the Arctic regions in 2017. 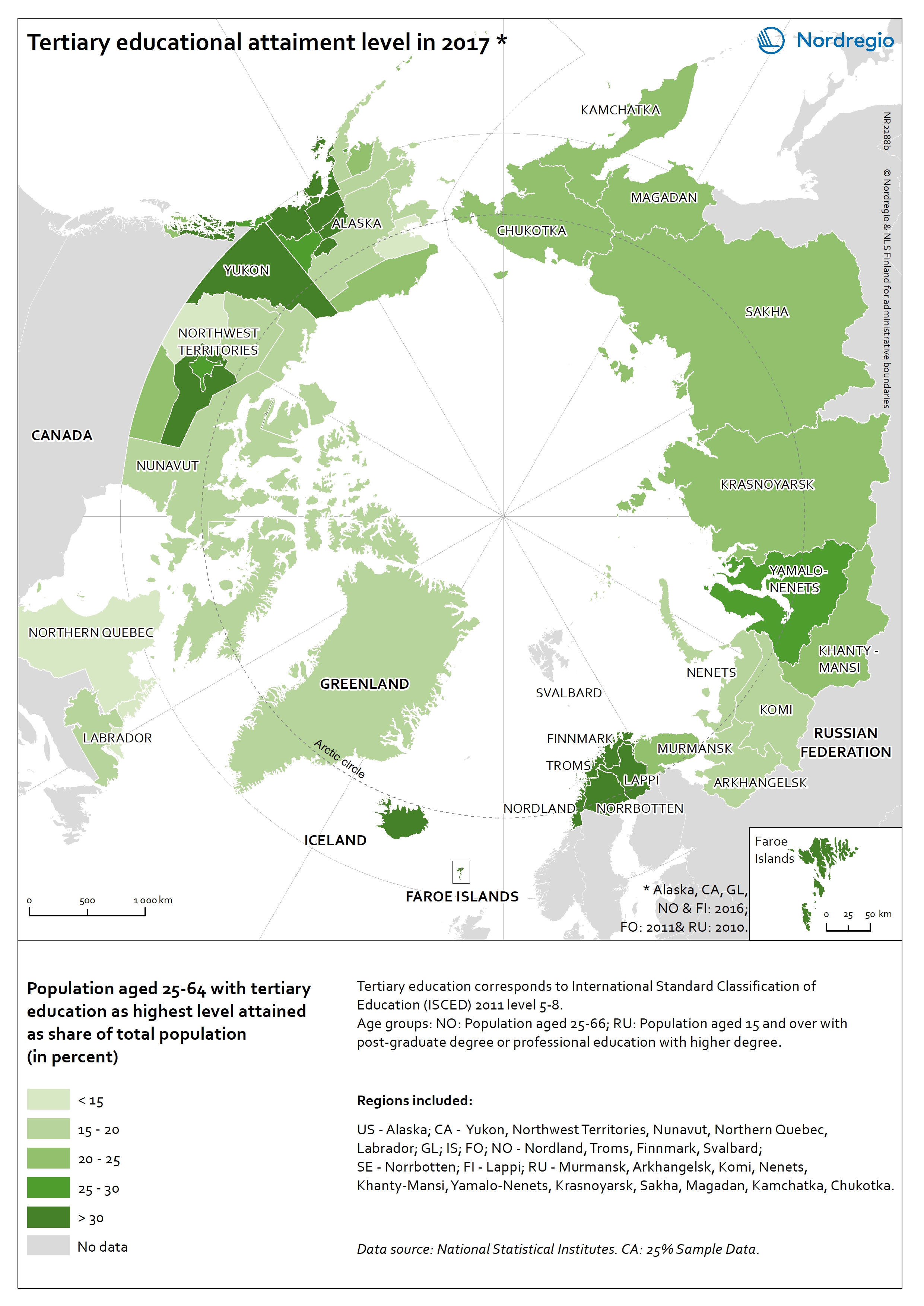 Highest shares of working aged population with tertiary education were found in Troms (Norway, 43,8%) and Iceland (42,5%). All other Nordic Arctic regions as well as Yukon (Canada, 33,3%) and in some regions in Alaska (USA) had high shares of highly educated people. Northern Quebec (Canada) had the lowest share of working aged population that attained tertiary education (13,0%).