The map displays the long-term, annual average population change in Europe’s regions between years 2000 and 2013. Furthermore, the map shows the population size of each region.

In the Nordic countries, the largest city regions are also those which have seen a positive population change, while many smaller regions experienced a negative change. Western Europe is largely characterised by population increase, but exceptions exist, such as some of Eastern Germany, parts of Portugal and Southern Italy.

In Eastern Europe, the capitals and certain major metropolitan areas stand out with positive population change. In some particular cases, such as around Romania’s capital, it’s Ilfov, the region which borders the actual capital region Bucharest, which has the only positive change in the area.

with population size by region 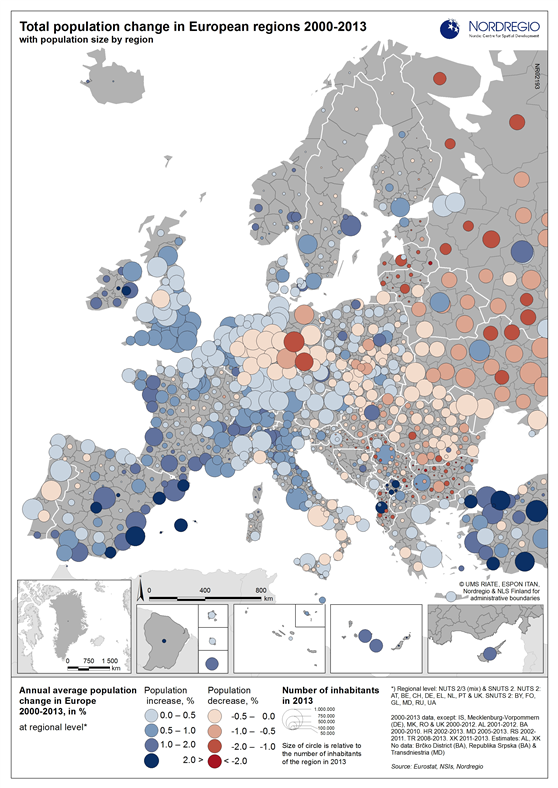