The map shows unemployed persons as share of the labour force (aged 15 years old and over) in the Arctic regions in 2016. 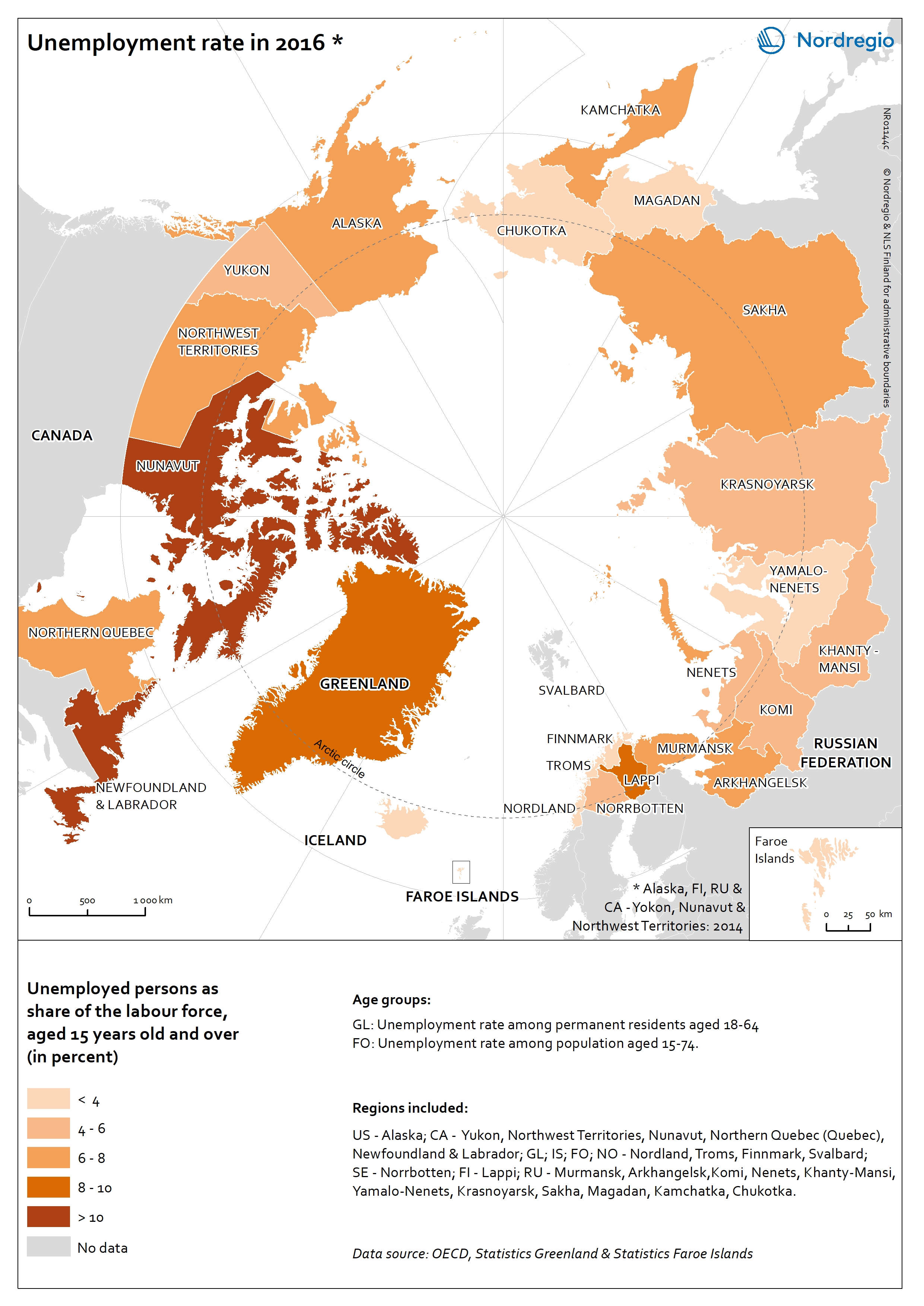