This map shows the percentage of population aged 0-14 as a share of the population aged 15-64 across the Nordic Region at the municipal and regional level in 2016. This figure is commonly referred to as the youth dependency ratio.

The map highlights a clear spatial pattern with respect to youth dependency rates in 2016, with relatively high rates in the municipalities around the capital areas and larger urban areas (Liminka and Ii in Finland, Rennesøy in Norway, Knivsta and Vaxholm in Sweden), and generally medium-low rates in sparsely-populated areas in Northern Sweden and Greenland, as well as Northern and Eastern Finland. 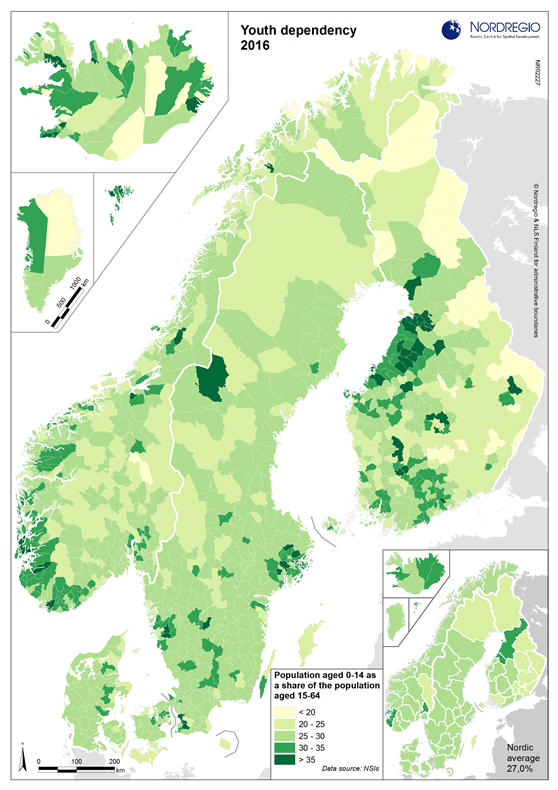