Only available in Swedish and in electronic format 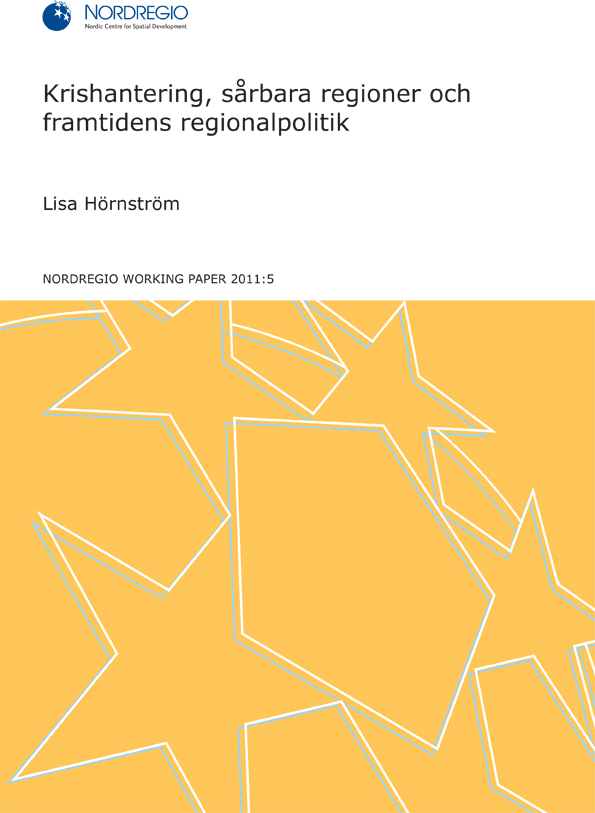 The Nordic Working Group on Third Generation Regional policy arranged a seminar at Nordregio on January 26th 2011 where public officials from both national and regional levels in Denmark, Finland, Norway and Sweden participated. The first part of the seminar consisted of a discussion of the overall consequences of the economic crisis in the Nordic countries and what policy tools were used nationally to respond to the crisis. The second part of the seminar consisted of presentations from three Nordic regions that have found ways of tackling the economic crisis in an efficient way. The report contains a summary of the presentations and discussions from the seminar as well as a part where conclusions from the discussions are drawn to serve as an input to formation of future regional policy in the Nordic countries.