Refereed article in European Journal of Spatial Development, no 62 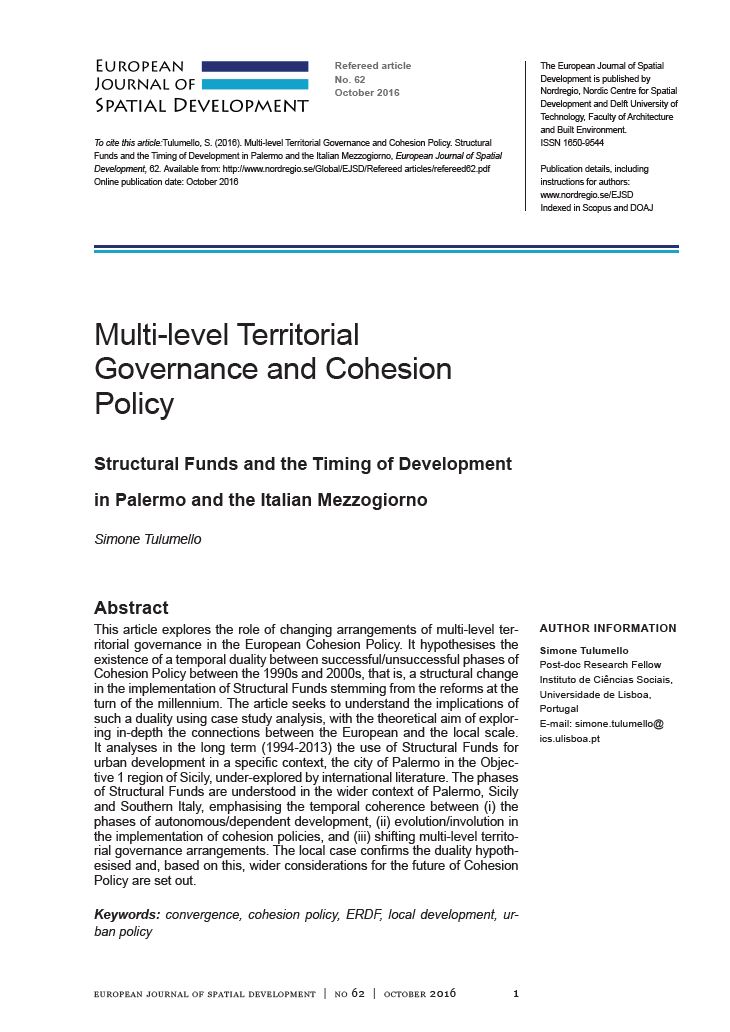 Multi-level Territorial Governance and Cohesion Policy: Structural Funds and the Timing of Development in Palermo and the Italian Mezzogiorno

This article explores the role of changing arrangements of multi-level territorial governance in the European Cohesion Policy.

It hypothesises the existence of a temporal duality between successful/unsuccessful phases of Cohesion Policy between the 1990s and 2000s, that is, a structural change in the implementation of Structural Funds stemming from the reforms at the turn of the millennium. The article seeks to understand the implications of such a duality using case study analysis, with the theoretical aim of exploring in-depth the connections between the European and the local scale. It analyses in the long term (1994-2013) the use of Structural Funds for urban development in a specific context, the city of Palermo in the Objective 1 region of Sicily, under-explored by international literature. The phases of Structural Funds are understood in the wider context of Palermo, Sicily and Southern Italy, emphasising the temporal coherence between (i) the phases of autonomous/dependent development, (ii) evolution/involution in the implementation of cohesion policies, and (iii) shifting multi-level territorial governance arrangements. The local case confirms the duality hypothesised and, based on this, wider considerations for the future of Cohesion Policy are set out.

This article is published by the European Journal of Spatial Development (archive), which in turn is published by Nordregio and Delft University of Technology, Faculty of Architecture and the Built Environment.