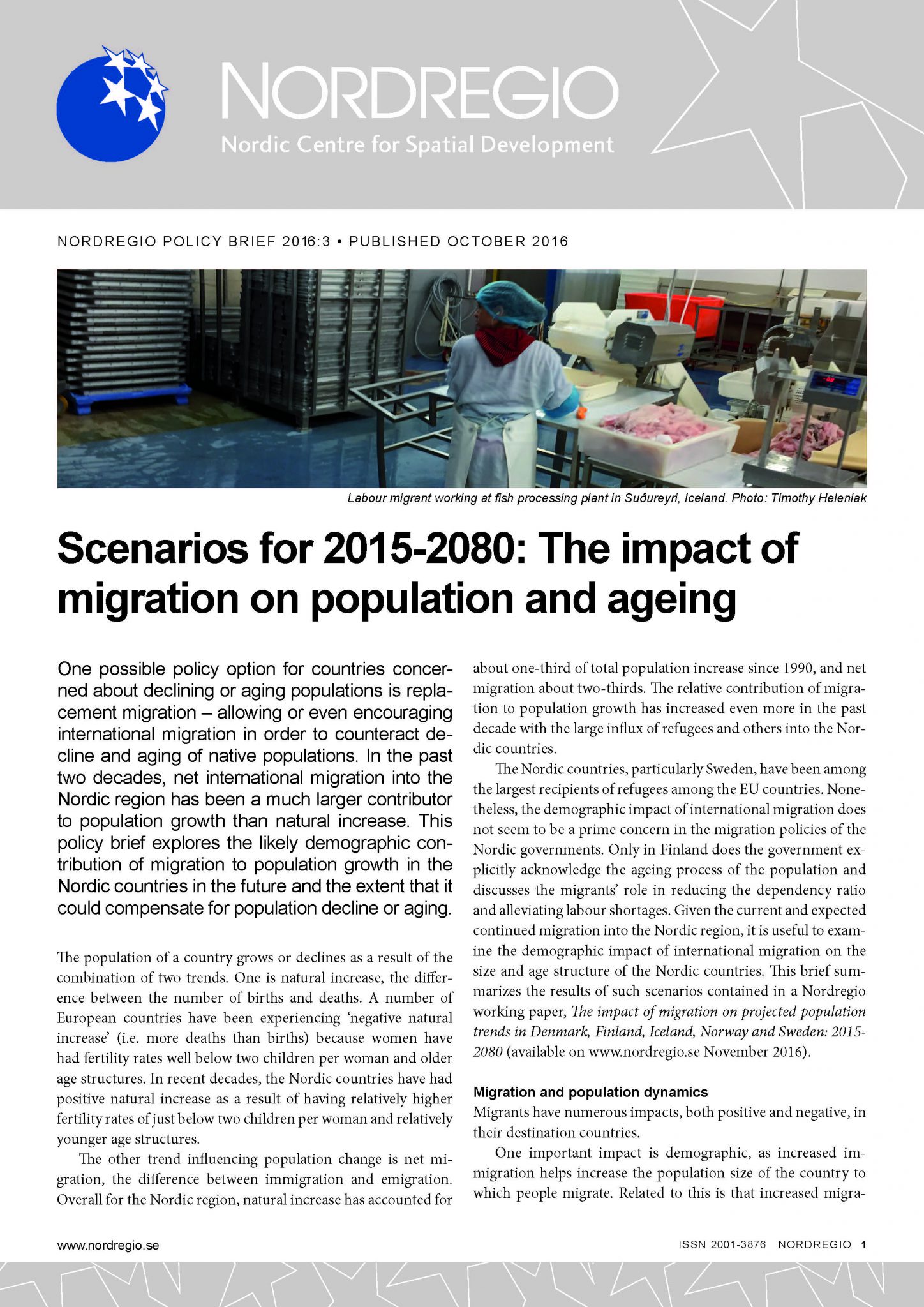 Scenarios for 2015-2080: The impact of migration on population and ageing

One possible policy option for countries concerned about declining or aging populations is replacement migration – allowing or even encouraging international migration in order to counteract decline and aging of native populations. In the past two decades, net international migration into the Nordic region has been a much larger contributor to population growth than natural increase. This policy brief explores the likely demographic contribution of migration to population growth in the Nordic countries in the future and the extent that it could compensate for population decline or aging.

The population of a country grows or declines as a result of the combination of two trends. One is natural increase, the difference between the number of births and deaths. A number of European countries have been experiencing ‘negative natural increase’ (i.e. more deaths than births) because women have had fertility rates well below two children per woman and older age structures. In recent decades, the Nordic countries have had positive natural increase as a result of having relatively higher fertility rates of just below two children per woman and relatively younger age structures.

The other trend influencing population change is net migration,the difference between immigration and emigration. Overall for the Nordic region, natural increase has accounted for about one-third of total population increase since 1990, and net migration about two-thirds. The relative contribution of migration to population growth has increased even more in the past decade with the large influx of refugees and others into the Nordic countries.The Nordic countries, particularly Sweden, have been among the largest recipients of refugees among the EU countries. Nonetheless,the demographic impact of international migration does not seem to be a prime concern in the migration policies of the Nordic governments. Only in Finland does the government explicitly acknowledge the ageing process of the population and discusses the migrants’ role in reducing the dependency ratio and alleviating labour shortages.

Given the current and expected continued migration into the Nordic region, it is useful to examine the demographic impact of international migration on the size and age structure of the Nordic countries. This brief summarizes the results of such scenarios contained in a Nordregio working paper, The impact of migration on projected population trends in Denmark, Finland, Iceland, Norway and Sweden: 2015-2080.