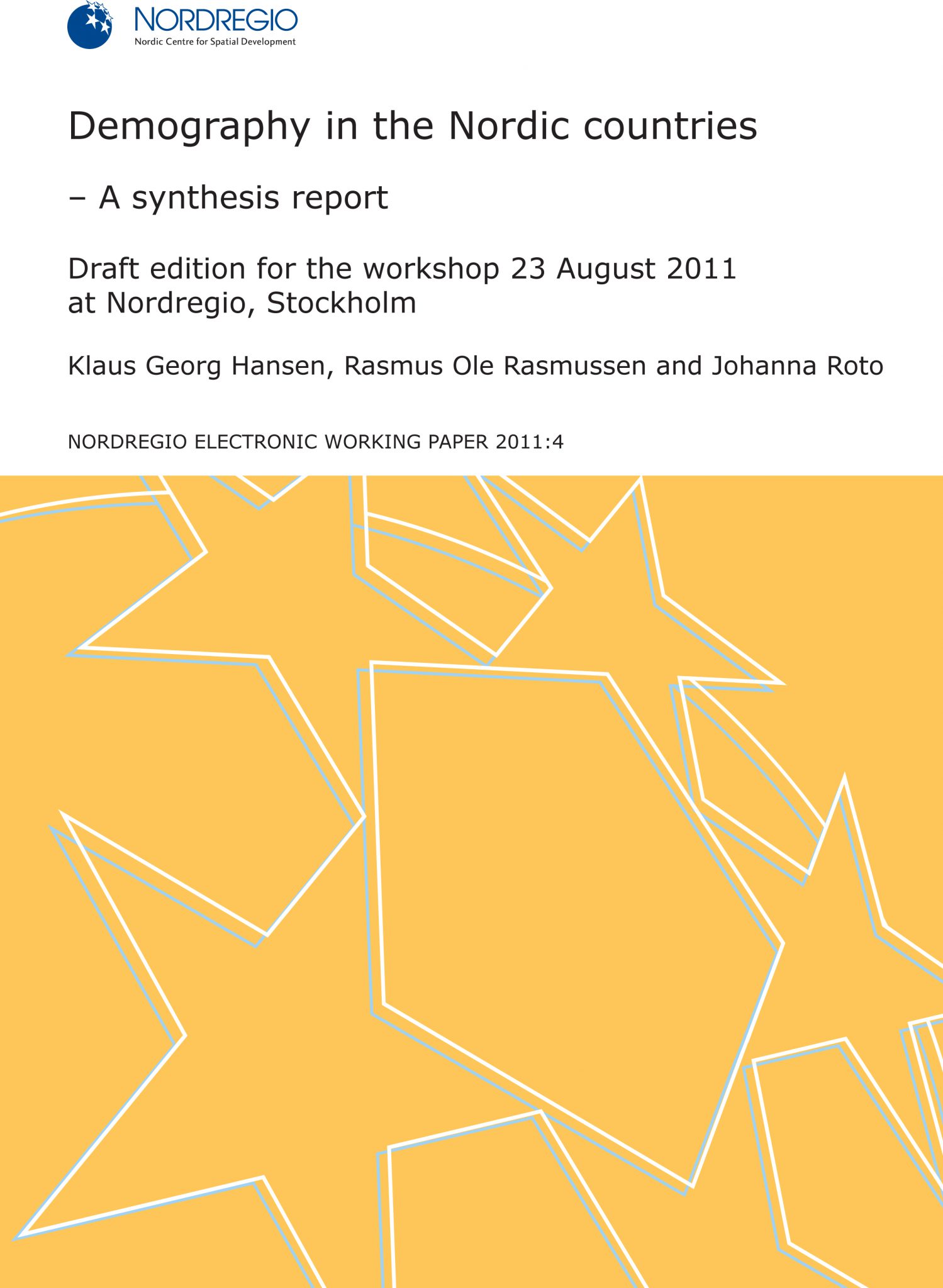 Demography in the Nordic countries – A synthesis report

The synthesis report introduces a set of tools to get a better overview over the mechanisms in the demographic change. Further the connections between the research based process of analysis and the administrative process of policy development is discussed.

A general demographic trend is the migration from smaller places to larger towns and cities. Besides that we tend to live longer and we tend to produce fewer children per woman. The consequence of this trend is that the population is gradually growing older.

The main challenge in respect of gender is the uneven settlement pattern. With the exception of some major city areas few places see a surplus of women. The rest of the regions have a surplus of men.

Another trend in the policy of the Nordic countries has in the recent years been to focus on attracting international migrants with a higher education. Thus, the value of international migration is seen more and more as an investment in human capital in the same way as investments are made in education itself.

These are only some of the demographic challenges being discussed in the synthesis report.

The report is based on the most up to date demographic data from the national statistical agencies in the Nordic countries and on the numerous research rapports recently produced by Nordregio, the OECD and other institutions on various demographic themes. A draft was discussed on a workshop in August 2011.

The purpose of conducting this knowledge overview on demography in the Nordic countries is to use this as a basis for creating a handbook with tools and ‘good practice’ descriptions enabling national, regional and local authorities to work more effectively with issues in relation to the emerging demographic challenges they face and the future possibilities that stem from this.