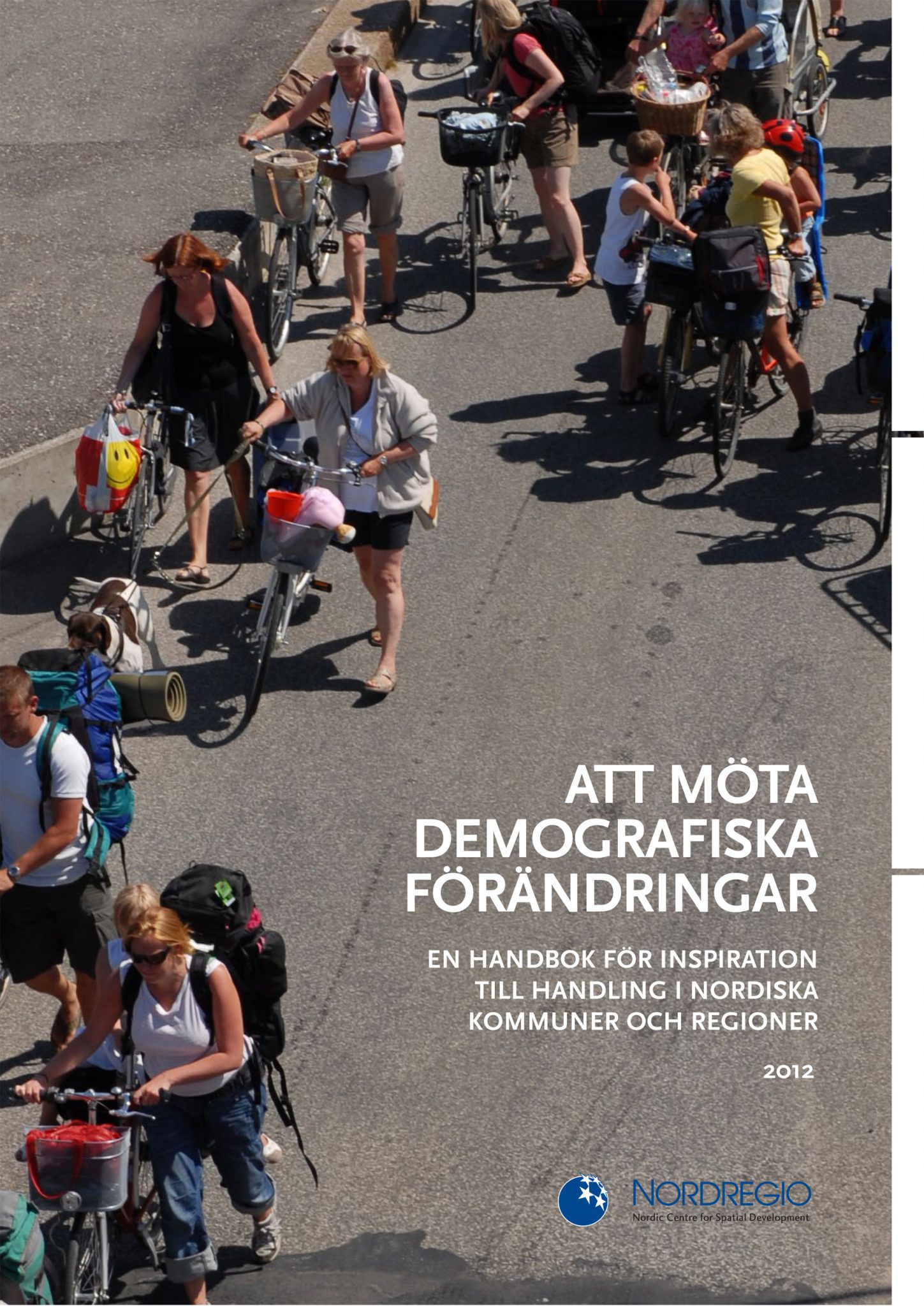 The final version of the demographic handbook has now been published in Swedish. The handbook aims at providing a new tool for regional and local policy-makers to find inspiration when preparing strategies and projects to respond to the demographic changes in the Nordic countries.

The demographic handbook is indexing more than 150 Nordic projects that are responding to the demographic changes in the Nordic countries. The handbook is divided into four parts. Each part represents one index. In Part 1, the index key is geography. Four maps provide an opportunity to create a demographic profile on municipal and regional level in all the Nordic countries. The four maps presented in Part 1 in the handbook are also developed as interactive maps.

In Part 2 of the handbook, the index key is the themes in the projects. Ten themes are identified, such as health, education, and regional and local development. In Part 3, the index key is the methods in the projects. Seven methods are identified, such as cooperation, prognosis, and attractiveness. In the handbook and the interactive web maps the examples are only described shortly – a more extensive description and contact information can be found in Appendix 1. Appendix 2 contains technical notes on maps and graphs in part 1 of the handbook.

This is the final edition of the demographic handbook, published in June 2012. The handbook has been discussed at four Nordic workshops gathering regional and local policymakers and revised according to comments at these workshops.

The handbook is published in Swedish and Finnish.