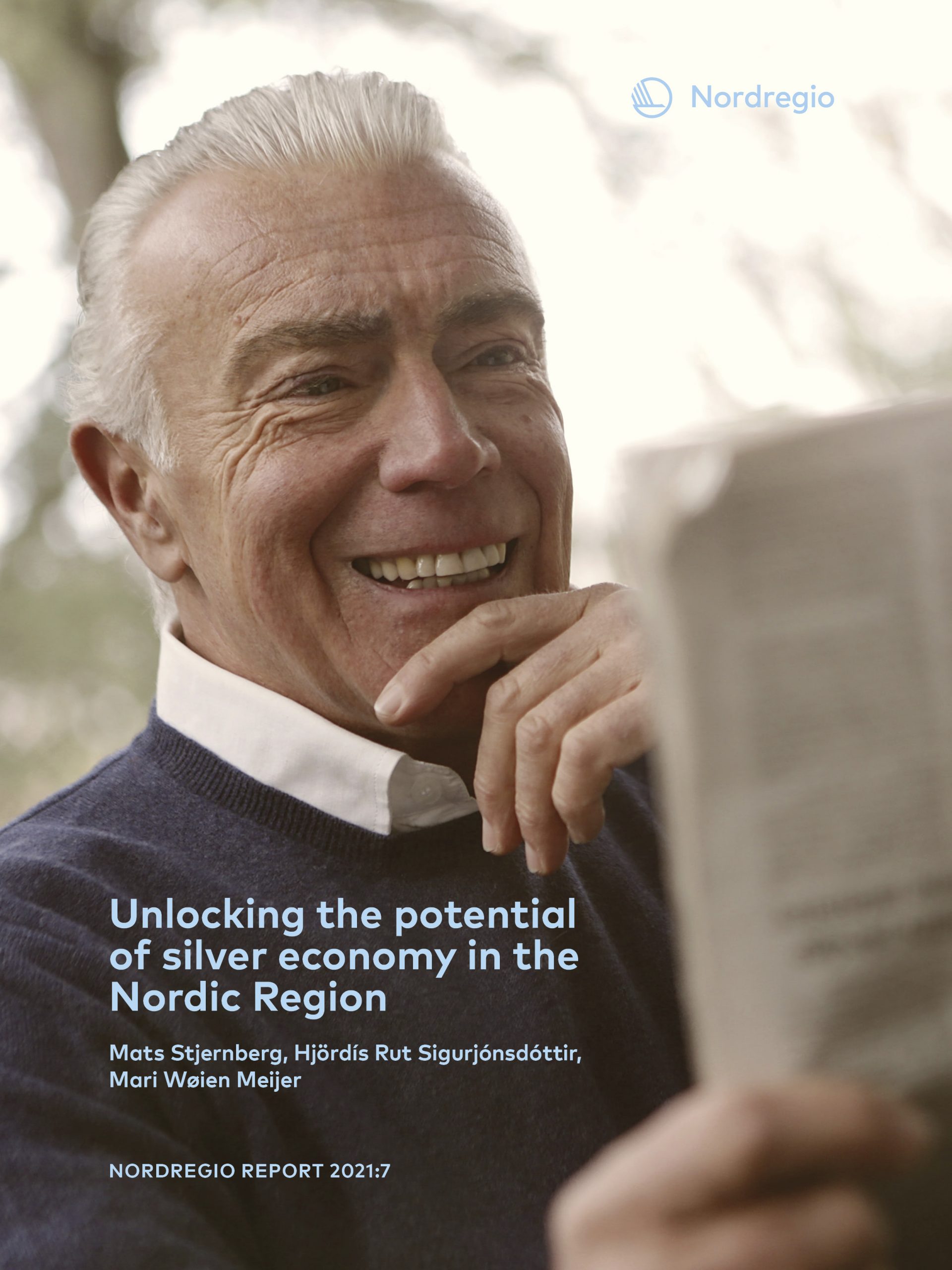 Unlocking the potential of silver economy in the Nordic Region

Silver economy – all economic activities linked to older age groups – has emerged as a response to population ageing in Europe in recent years. Many older people continue to make valuable economic and societal contributions after retirement, and older citizens can provide significant economic and societal benefits, particularly if they are healthy and active.

This study examines policies and initiatives to promote the silver economy and the closely related concepts of healthy ageing, active ageing and age-friendliness. The report seeks to uncover what are the preconditions for expanding the Nordic silver economy, and how cross-border collaboration can help enhance the potential of the silver economy in border regions.

The prerequisites for expanding the Nordic silver economy seem to be relatively good compared with many other European countries. The general trend also shows that employment rates are increasing among older age groups, which seems to be connected to the pension system reforms that have been implemented in several countries.

Population ageing has gained increased policy attention in many Nordic regions and municipalities. This includes the border regions of Trøndelag (Norway) and Jämtland Härjedalen (Sweden), studied in this report, where numerous policy initiatives have been launched as a response to population ageing. Many of these initiatives can be seen as contributing to strengthening the silver economy, although the concept itself does not figure on the policy agendas in these regions.

Report of the project ‘Unlocking the potential of silver economy in the Nordic Region’ carried out under the Nordic Thematic Group for Sustainable Rural Development (2017–2020).