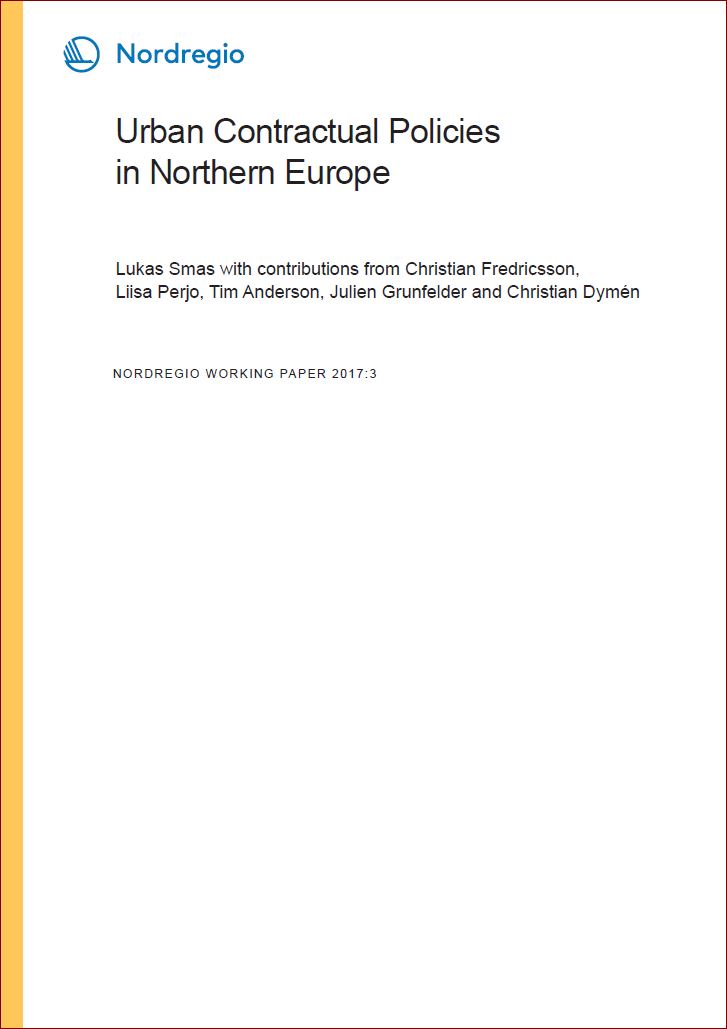 The co-ordination and integration of transport, land use and housing planning has emerged as an important policy direction to promote sustainable development in the Nordic countries.

To facilitate sectorial co-ordination and integration, different types of multi-level arrangements between state authorities, regional bodies and local municipalities have been developed. Formal and informal agreements between state (national) authorities and municipalities regarding sectorial policies in areas such as transport and infrastructure are not a new or unusual phenomenon. However, what is interesting is the combination of cross-sectorial and multi-level governance, along with the adoption of different types of contractual or agreement-based policies among various public authorities (i.e. public–public relations).

These different ‘agreement-based urban policies’ or ‘contractual urban polices’ that are emerging in Finland, Norway and Sweden are also becoming institutionalized. Urban contractual policy is a key instrument for the Norwegian Government to steer urban development towards the goal of zero growth in car traffic. The multi-level agreement is a strategic instrument to coordinate actors and policy measures, including various forms of financing under a common policy framework. In Finland, contracts entitled ‘letters of intent’ have been developed in recent years for land use, housing and transport (2012-2015). The aim of these has been to create integrated, efficient and competitive urban city-regions via co-operation between the state and municipalities in the city-regions. During 2015, urban environment agreements were also introduced in Sweden.

This working paper provides an introduction to these new developments including contractual urban policy initiatives in Finland, Norway and Sweden. It also compares these with developments in France and the UK. The Nordic urban contractual policies reviewed here seek to integrate land-use, housing and transport, i.e. they are cross-sectorial arrangements. They have also been established primarily in order to promote sustainable urban development. Furthermore, institutionalization of these urban contractual polices in the Nordic countries is increasing through new national regulation and funding schemes. The multiple economic and political rationales behind these often complex organizational and financial arrangements are, however, beyond the scope of this descriptive analysis. Instead, we offer a brief comparative overview and review how these contractual agreements relate to other formal (municipal and regional) spatial planning processes: a critical policy (and research) question.

Within our analysis, we explore contractualism as an emerging policy development in Finland, Norway, Sweden, France and the UK. Our examples provide multiple perspectives on how urban contractual policy is developing in Northern Europe.