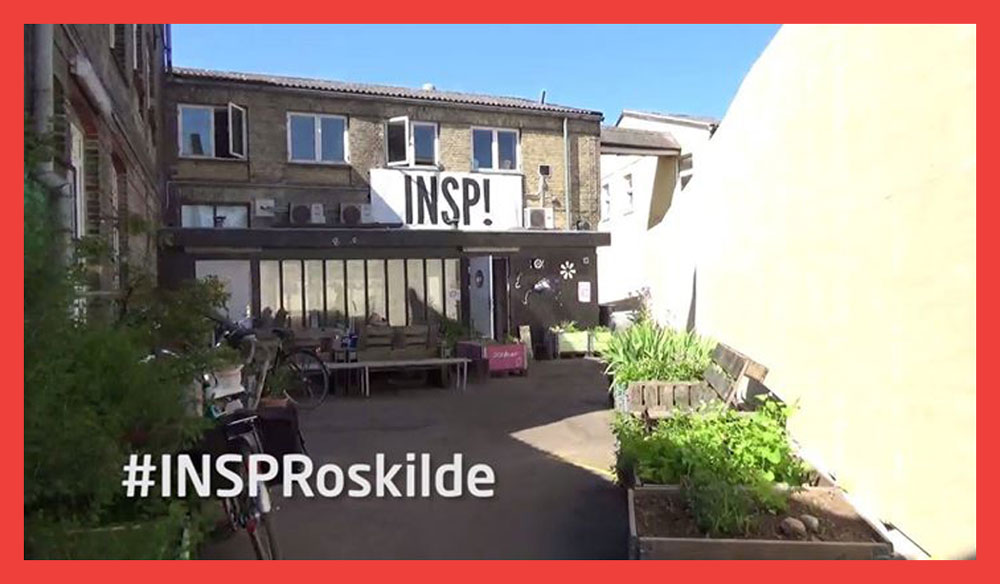 In the aftermath of the 2008 financial crisis, a group of people in Roskilde started thinking about how they could make better use of the resources and potentials in the city. Their vision was to create an inspiratorium – a new community centre where people and other stakeholders could connect, and collaborate. The underlying idea was that, by working together, people, volunteer organisations, educational institutions, business and the municipality would have improved capacity to address or even solve social problems, stimulate entrepreneurship and make better use of local opportunities. Significant challenges for the city at the time were keeping the city centre alive; increased mental health concerns amongst young people, the need to include and create better employments opportunities for immigrants and other marginalised groups.

A physical place to test and build this pioneering practice became available when the old butchery school in the city centre closed down in 2010. People started the project in 2011 in one of the old buildings for which they were granted temporary use by the landowner. It provided the initial room for social, cultural and entrepreneurial activities. Using an open approach that stimulate co-creation and creativity, the space is kept open for flexible use.

It is a common space for people to meet and connect with institutional stakeholders where they support and learn from each other. This open approach has showed benefits such as improved quality of services inspired by the open dialogue between users and institutions and democratic empowerment as people participate more in the community.

In 2015 the local public housing company bought the area and started a city development process together with a private developer and the municipality. In the area both public and private housing is built for 500 new residents. In this redevelopment plan, the inspiratorium was allowed to stay in the area and it has become central element of the new neighbourhood to support liveability and a more social sustainable urban development. The whole area is being redeveloped in inspiratorium-style.

The old buildings have attracted 1 500 users per week who use them as an extension of their own homes. In the buildings there are facilities such as a wood-workshop, a sound studio and a kitchen that can be used by the visitors. The flow of visitors to and from the inspiratorium has invigorated the local businesses, who in turn invest in initiatives, for instance in the young music community.

Sixty-six percent of the Roskilde youth entitled to public mental health counselling is using the social space as a setting for their recovery — they are invited into the space, have a group counselling session and then the group is blended in with the mix of activities and other users in the centre. By involving other citizens, the stigma on psychological problems is decreased. Since its outset, more than 400 vulnerable youths have made use of the service. These and other target groups are included in the community through the many cultural and entrepreneurial activities in the inspiratorium.

The Inspiratorium is a small-scale project demonstrating a new method of community capacity building and city development. Research and educational institutions have teamed up to study the use and the development process of the centre.

The concept produces more satisfying results, makes better use of the resources in the community and transforms the traditional societal and welfare model. Local, regional and national authorities in the Nordics have shown great interest.

Work is being done to support a more systematic transfer of the concept in different contexts.