Collaborators
Several private developers and the County Administration of Östergötland 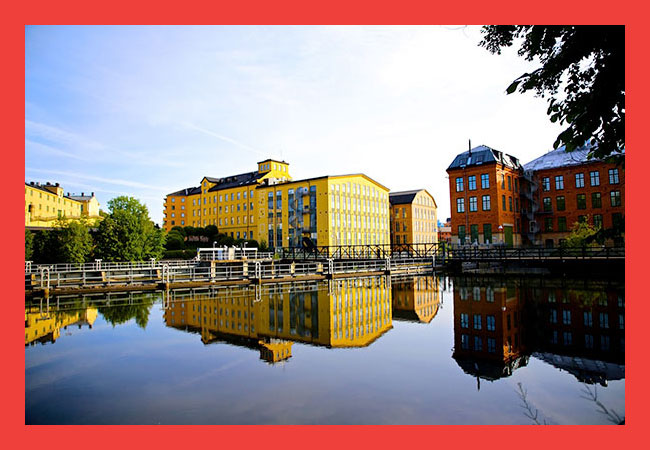 The relocation of industries from urban areas has left behind a large number of abandoned sites and buildings in Nörrköping. Taking advantage of this phenomena, the City of Norrkoping is revitalizing a former harbour-side industrial site, turning it into a vibrant and attractive living environment with a mix of housing, workplaces and leisure activities. The Inner Harbour project, to be completed in 2030, strives to optimize the existing urban infrastructure while incorporating brownfield areas into the new urban design.

One of the great advantages of the project is the potential it has to expand the city centre to the waterfront. At the same time the relocation of the commercial port to areas with greater capacity creates a favourable multimodal shipping node connecting the port to new national railways and existing highways along the TEN-T (Trans European Network). The central location also makes the project attractive for new residents while ensuring access to well-established transportation infrastructure.

The new housing developments are planned over 23 hectares and will be developed in two phases. In the first phase, the collaboration between the City of Norrköping and nine construction and housing companies will deliver 1 000 homes with a mix of rental and private properties. In the second phase, 2 000 apartments, schools, shops, restaurants, cafes and an activity park will be constructed. Bathing places, a marina and new channels are planned to stretch into the area: This is expected to create an inviting waterfront where people can meet and interact. The industrial heritage buildings will shelter cultural, and sports activities (e.g. climbing).

The active participation of people during the planning process has been facilitated using a 3D visualization tool that simulated the past, present and future of the area providing valuable information about the history as well as the threatens that the area is exposed to (e.g. risk of flooding) in a future with a changing climate. This tool also enabled the public to interact with the project and learn about the existing soil contaminants that are currently being removed from the site. Citizen participation was also arranged through focus groups of randomly selected persons of different gender and age and by inviting people to post letters in a bottle to the municipality.

In 2018, the municipality approved the detailed plan for the first phase of the urban development. By the end of 2018, construction will begin on streets, quays and other public places. In 2020, the construction of 1000 homes is expected to start. The adaptive reuse of two industrial buildings for cultural activities already took place in an existing art gallery that has been used for a number of seminars and meetings on all sorts of topics.

Furthermore, the extensive use of social media attracted participation in the planning process from a large number of people.

The regeneration of obsolete and outdated industrial areas secures the long-term future of industrial heritage while taking advantage of optimally-situated land to meet the growing demand for housing. Preservation and adaptive reuse of industrial buildings are principles that could be employed to similar developments that take place in many former heavy manufacturing hubs around the world.

Approaching urban design in this way has the potential to create a sense of identity and belonging in new developments.