The map shows mortality rate per 100,000 population in 2019 adjusted by 2013 European Standard Population. 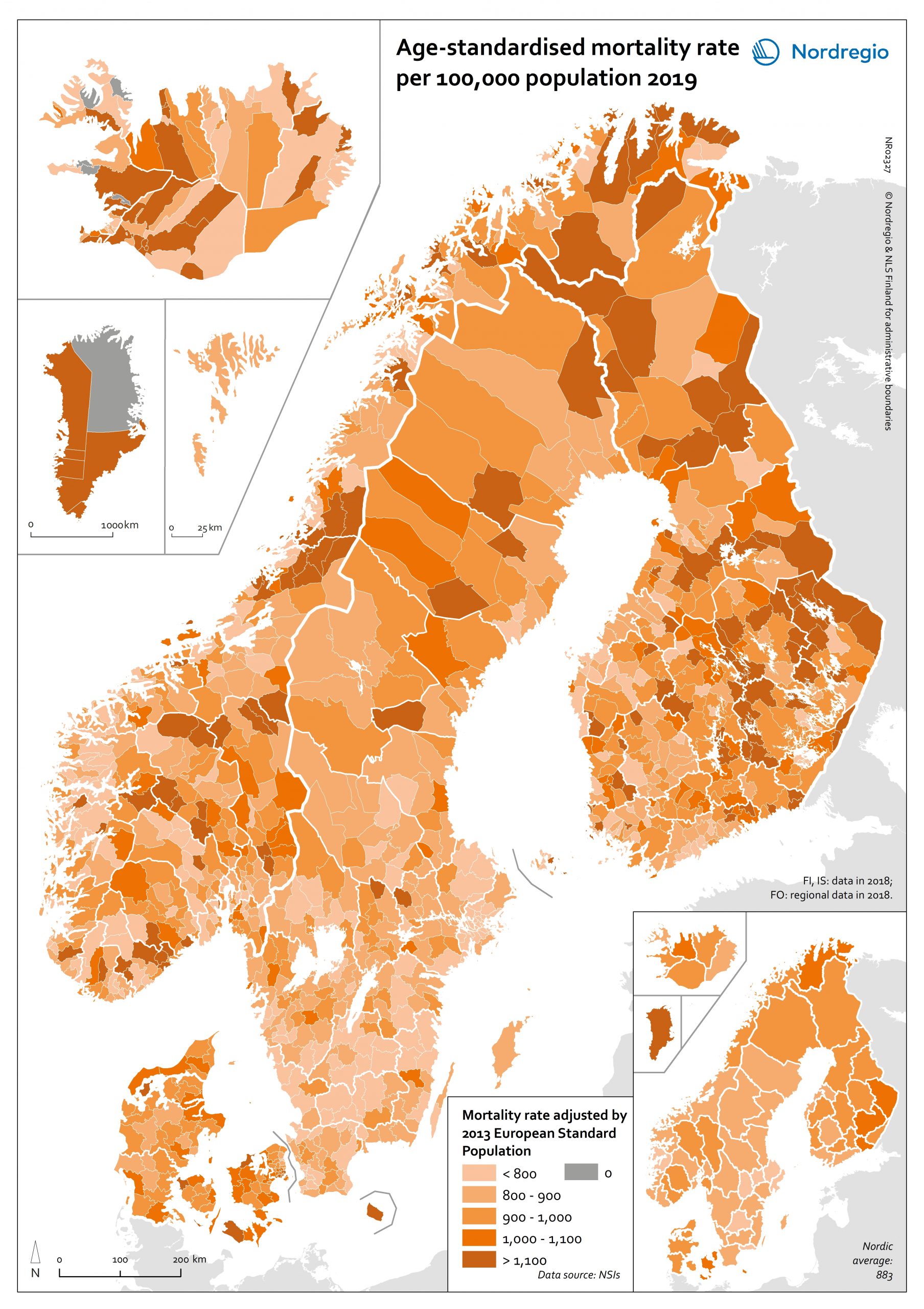 Since the map was created using death data for only one year, it is important to recognise that the number of deaths may vary a good deal from year-to-year in municipalities with a small population.