This map shows the share of asylum seekers as a share of the total population in Nordic municipalities.

The shades of green show the situation as it was in March 2017 (1 March for Iceland, Norway and Sweden; 6 March for Finland; 31 March for Denmark). As such, this map provides a snap-shot of the situation on that particular day.

Asylum seekers as share of the total population in March 2017

By municipality in March 2017 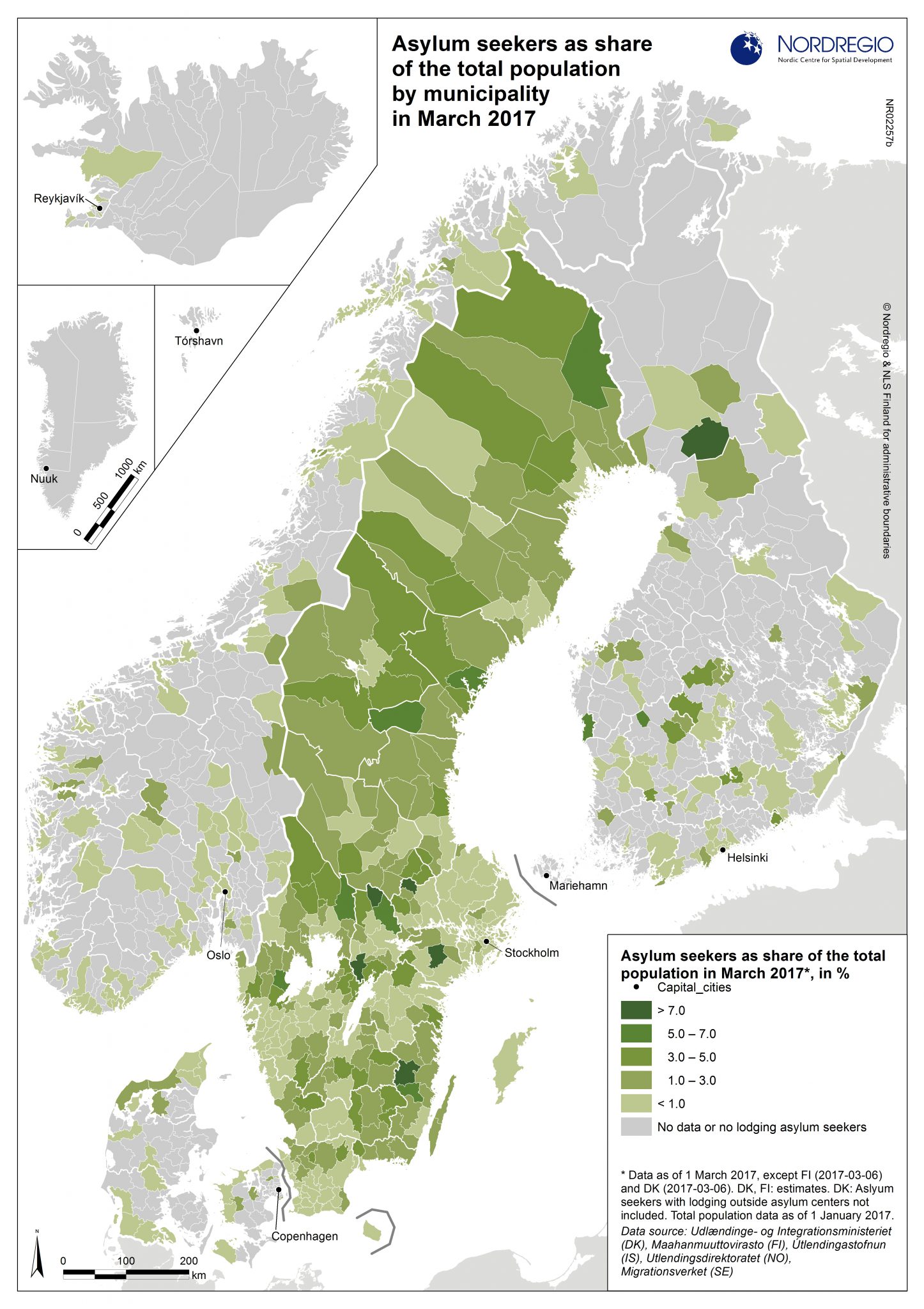 In Norway, refugee populations are similarly contained to municipalities with asylum centres. The number and distribution of centres is greater than in Denmark and Finland however, resulting in the presence of asylum seekers in more municipalities but in lower numbers (in most cases <1%).