This map shows the number of asylum seekers per municipality, for the Nordic Region in March 2017.

The circles indicate the number of asylum seekers per municipality during a specific date in March 2017 (1 March for Iceland, Norway and Sweden; 6 March for Finland; 31 March for Denmark). As such, this map provides a snap-shot of the situation on that particular day.

Asylum seekers by municipality in March 2017 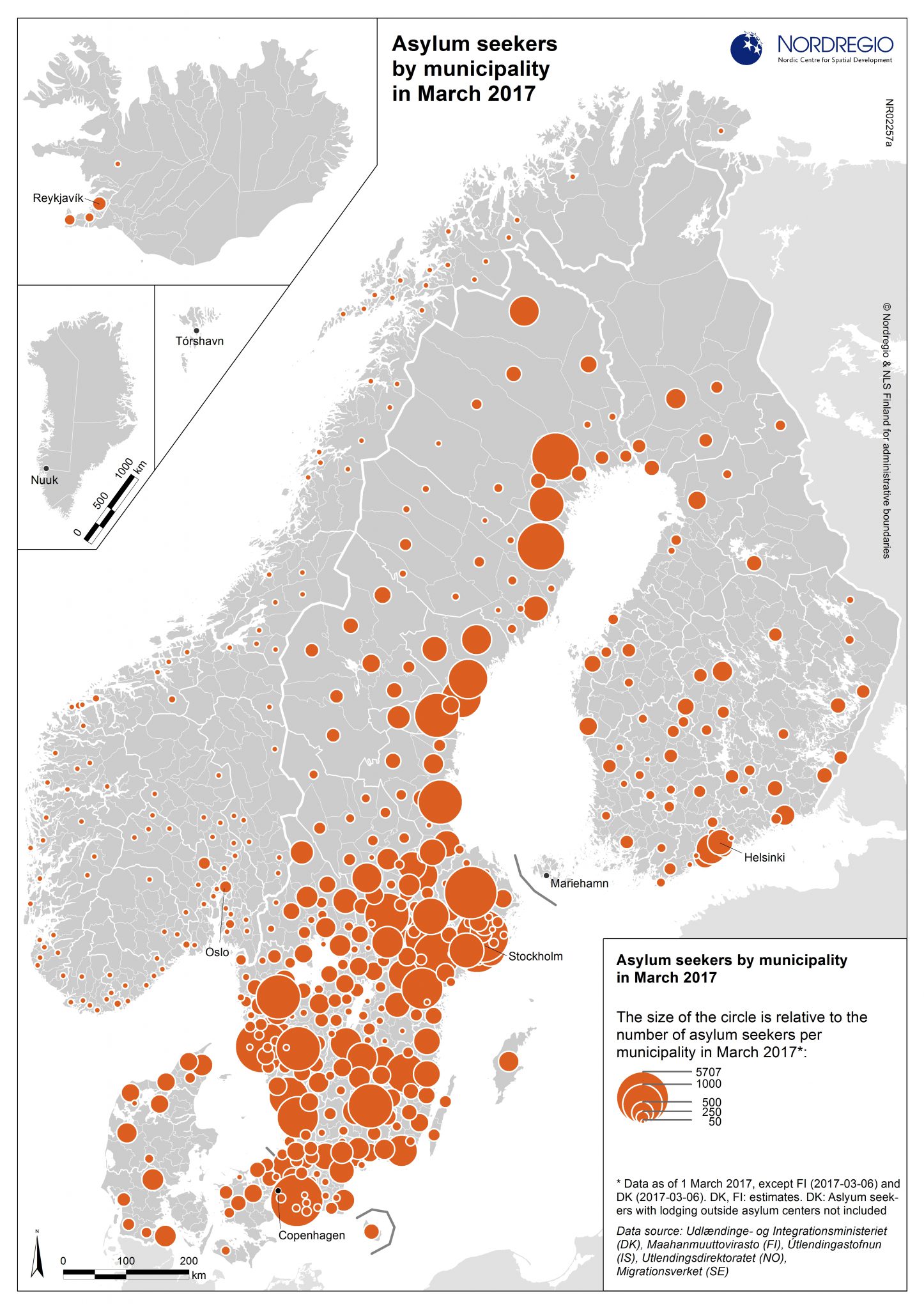