Data source
Nordregio’s calculation based on NSIs and Socialstyrelsen

This map shows the mortality due to non-communicable diseases (NCDs) between 2011 and 2015 in the Nordic regions. The four main NCDs are cardiovascular diseases (heart attacks and strokes), cancers, chronic respiratory diseases (e.g. asthma) and diabetes.

The most common cause of death in all Nordic countries is coronary heart disease, followed by strokes in Norway and Sweden, lung cancer in Denmark and Alzheimer’s/Dementia in Finland and Iceland. The map shows clear regional differences in mortality due to NCDs. Finland and Sweden both have higher nationwide rates of NCDs than the other Nordic countries with the east and north of Finland seeing higher NCD death rates than the south and west of the country. High NCD mortality rates in Sweden are found in Blekinge, Dalarna, Jämtland and Västernorrland.

In Norway, Østfold, Hedmark, Oppland, Nordland and Finnmark have the highest share of overweight people, and people who eat the least amount of fruit and vegetables, drink lots of sugary drinks and do the least amount of exercise. Consequently, they are the regions among the highest NCD mortality rate. The slightly lower NCD mortality in Greenland masks high mortality from other causes such as acute infections, accidents, violence and suicide. 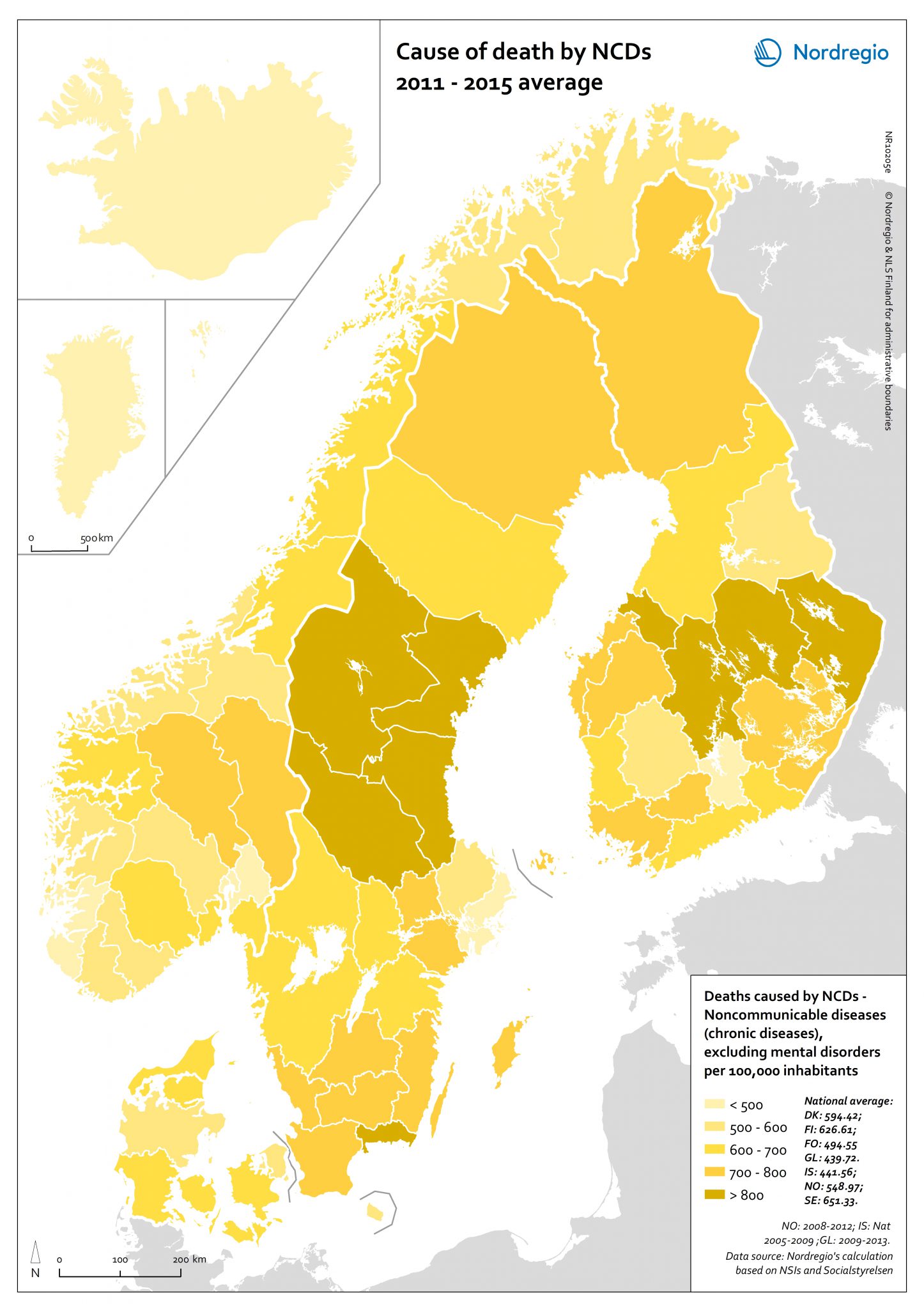