Data source
Nordregio’s calculation based on NSIs and Socialstyrelsen

This map shows the mortality due to suicide between 2011 and 2015 in the Nordic regions.

The most dramatic manifestation of mental illness is suicide. About 3,500 people commit suicide every year in the Nordic Region, and there is a 3:1 male to female ratio. The Faroe Islands has the lowest rate of suicide by a wide margin, followed by Denmark, Norway, Åland, Sweden and Iceland, which are all at similar levels. Finland has a slightly higher than average rate of suicide, but Greenland’s suicide rate, being almost five times that of Finland, is the highest in the world. 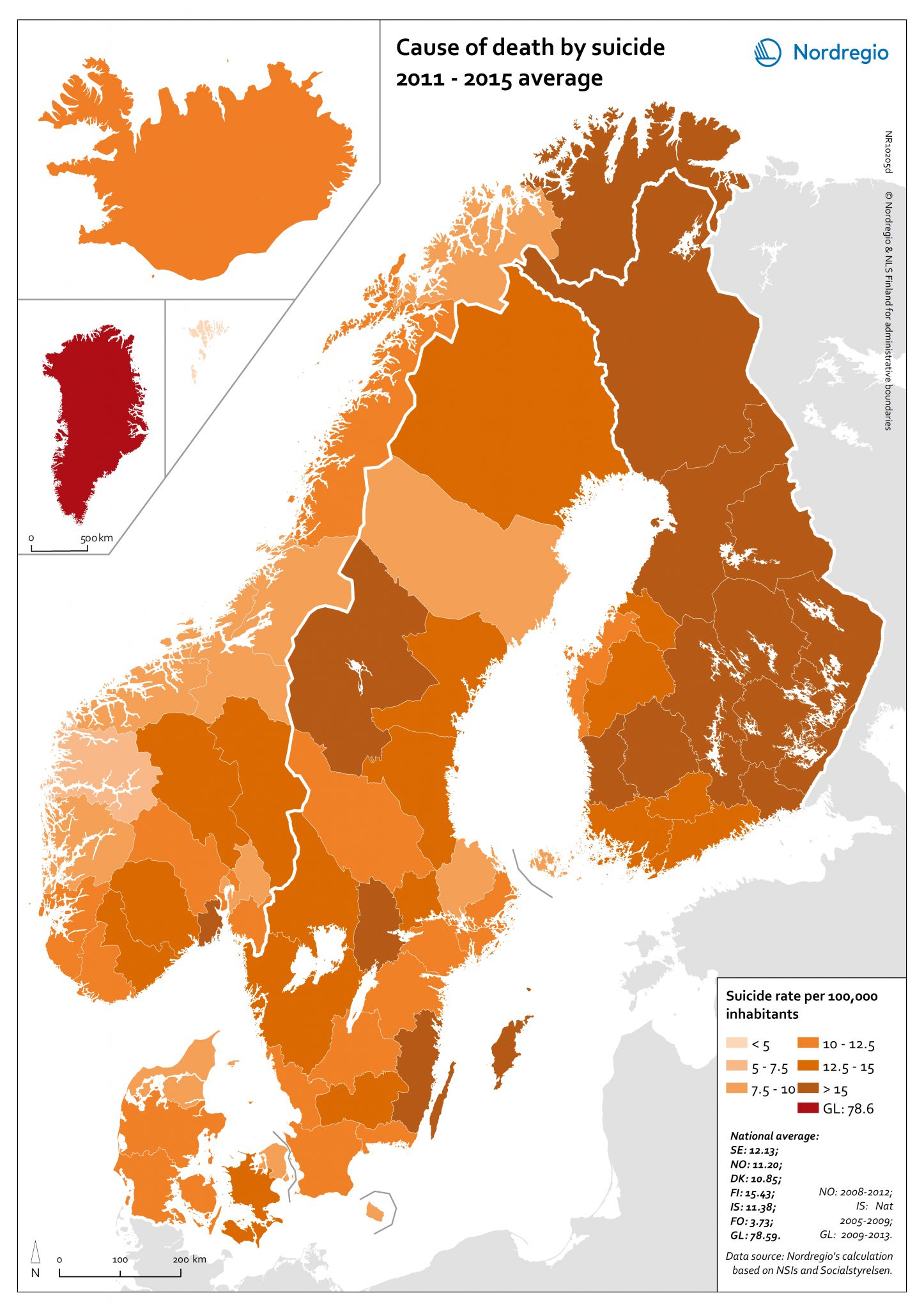