This map shows the change in disposable income Gini index at the municipal level during the period 2011-2017. 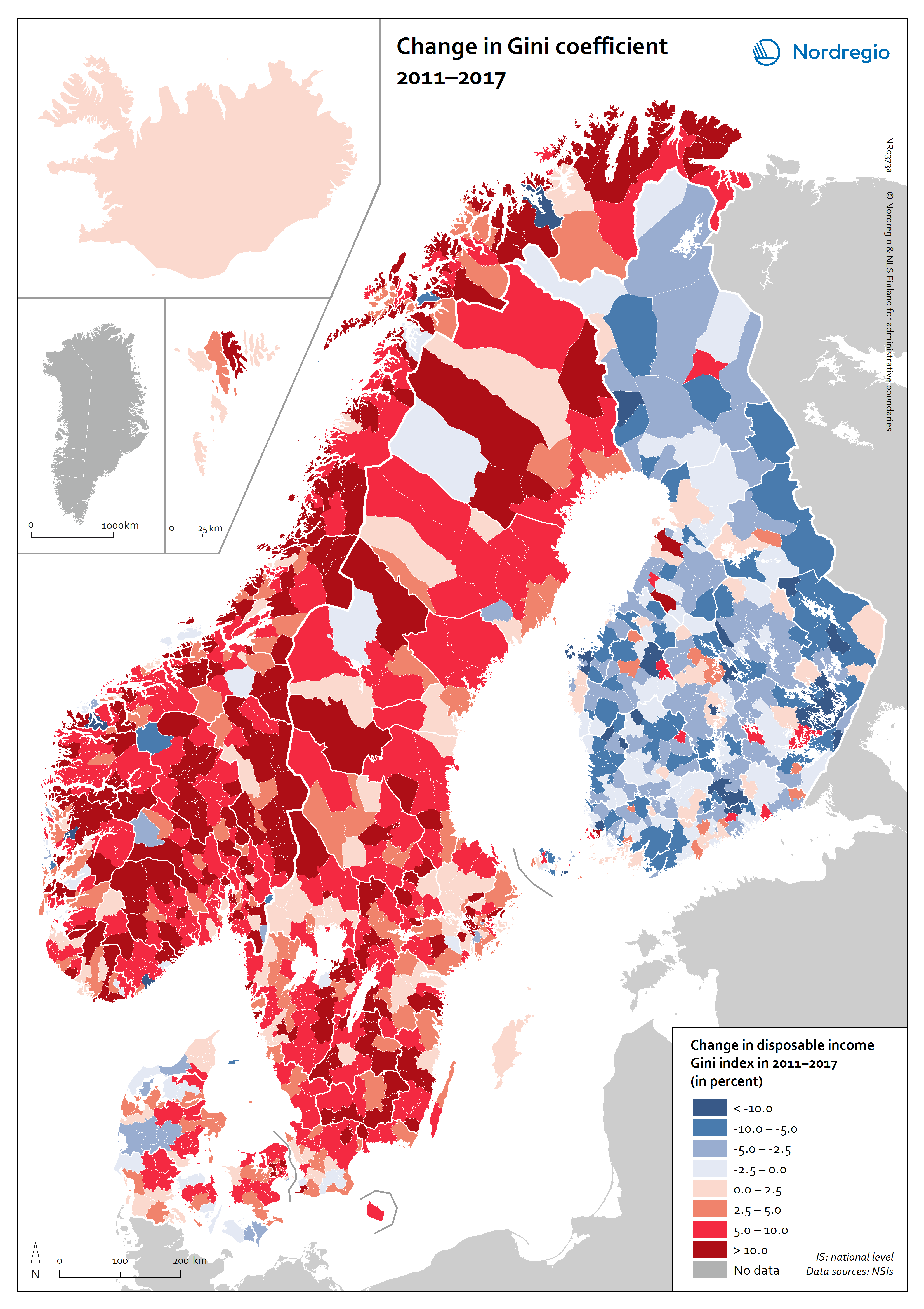