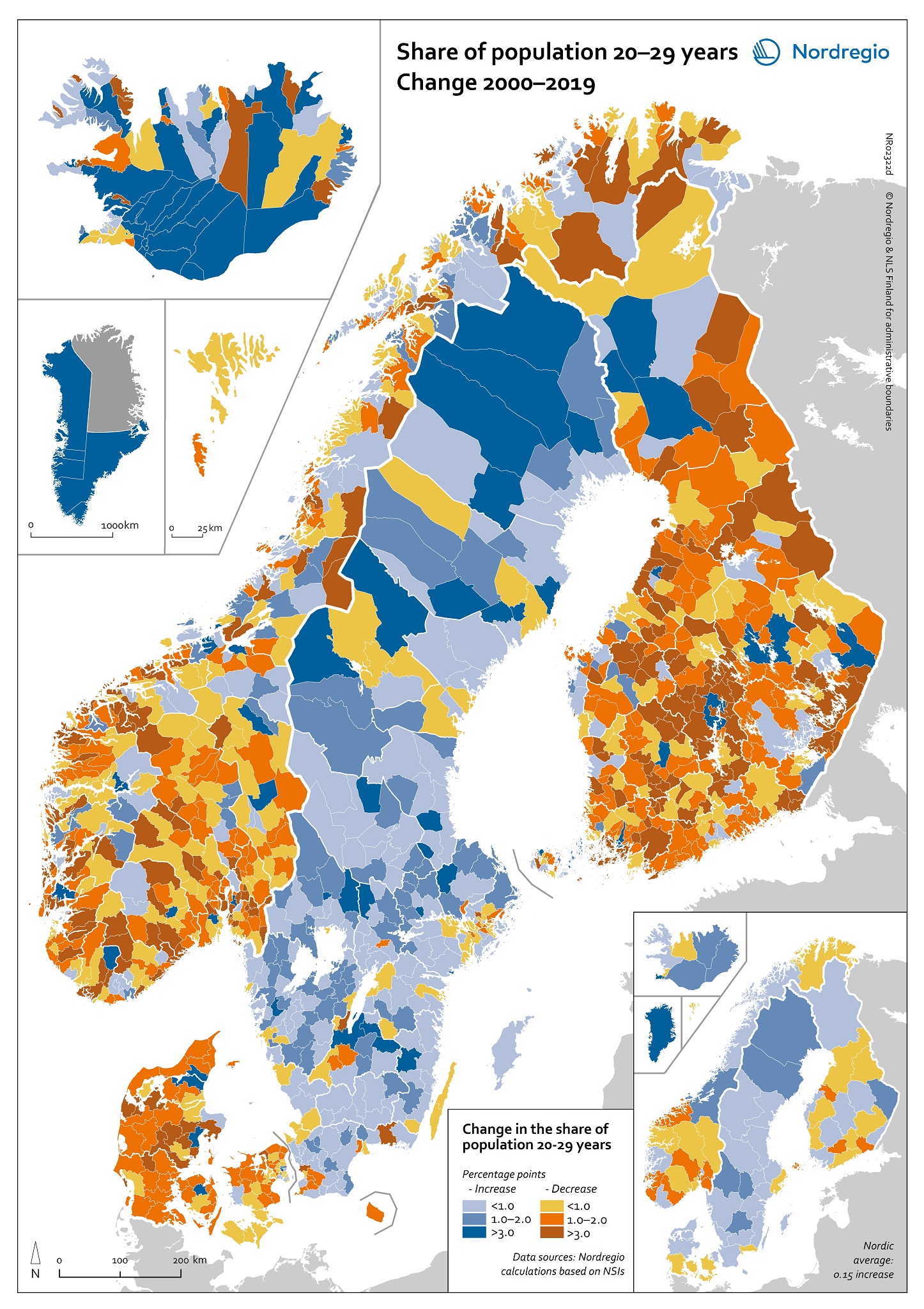 Young people are a vitality marker for the regions in which they live. At age 20–29 people are generally either enrolled in vocational or tertiary education or in work. Moving to opportunity also often mean moving from the municipality where you grew up. Therefore trends in the settlement structure for this age group is interesting.

The legend shows the percentage point difference between the two reference years. Positive difference is shown in shades of blue and negative difference is shown in brown, orange and yellow.  As seen in the map, rural municipalities show a negative trend in the proportion of young adults. However, some exceptions stand out. In the rural Icelandic south for instance, the proportion of young people aged 20–29 has grown significantly. The municipalities of Bláskógabyggð, Ásahreppur and Mýrdalshreppur all had an increase by three percentage points.