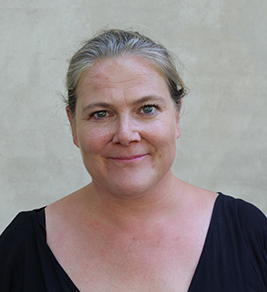 The environment where I am most at ease in is out seas or by the sea – this part of earth that covers 65% of the planet. I was in part brought up on sea. I travelled around most of Europe and up Barents Sea as a five year old, lived on board a freighter – before the container shipping transformed the marine transport globally.

The salt mountain or other materials stored in the cargo hold was my playground. The waves make me feel calm; there is something in the heartbeat of tides that feels like a cradle. Living by the sea is important to me. After I had lived as a young woman in Denmark for a while I took the ferry from North Jutland, to Faroe Islands and to Seyðisfjörður in East Iceland. Watching when the cruise liner reaches shore a magical moment is seeing the mountains grow out of the sea as the ship comes closer to shore.

When I worked in the fishery industry in wet and cold environment, washing baccalau in my grandfather’s salt fish plant in the eighties – I used my breaks from the repetitious work by staring into the big blue and daydreaming. The tacit skills that the people around me held felt magical and taught me the lesson of respecting practical and life skills. My grandmother would in example know how much harvest the vessels held in their hold by how the vessels sailed and how low lying they were on the sea surface. When I lived in Canada south of cottage country in Ontario, it felt so strange to live far from the sea that I travelled over 1600 km to enjoy my fieldwork in Nova Scotia and Newfoundland.

Coastal communities and rural areas in the Western and Northern hemisphere have undergone major transition in last century. Subsistence lifestyles belong more or less to history and therefore even rural areas and coastal don’t necessarily have access to natural resources. This was true and revealing when I travelled the coastal settlements in Maritime Canada in my student days. The old man in the mall in Yarmouth had changed his occupation from being a fisherman in the midst of a cod moratorium to become a model builder. The old man in Flateyri now spend his days in the garage whittling tree vessels as the ones that no longer left port in the small village. As agriculture, fisheries and other traditional occupations have lost weight in the life of rural inhabitants, other industries emerge.

Coastal and rural tourism in many dimensions is one of the new emerging opportunities contributing to a renaissance of the countryside. From food tourism to whale watching and cruise calls – all of these are different ways to enjoy the amenities of both seascape and landscape than earlier generations’ hardship in the countryside. Travelling with hurtigruten in December from Bodö to Tromsö to Alta to Kirkenaes, and enjoying the blue dark, stars and moon is an unforgettable experience and one that is so special to the North. Moving for work to Venice of the North will enable me to take on a new hobby, to ice skate on lakes in the winter and sail on canoe or kayak in the archipelago. That is a great spatial experience.