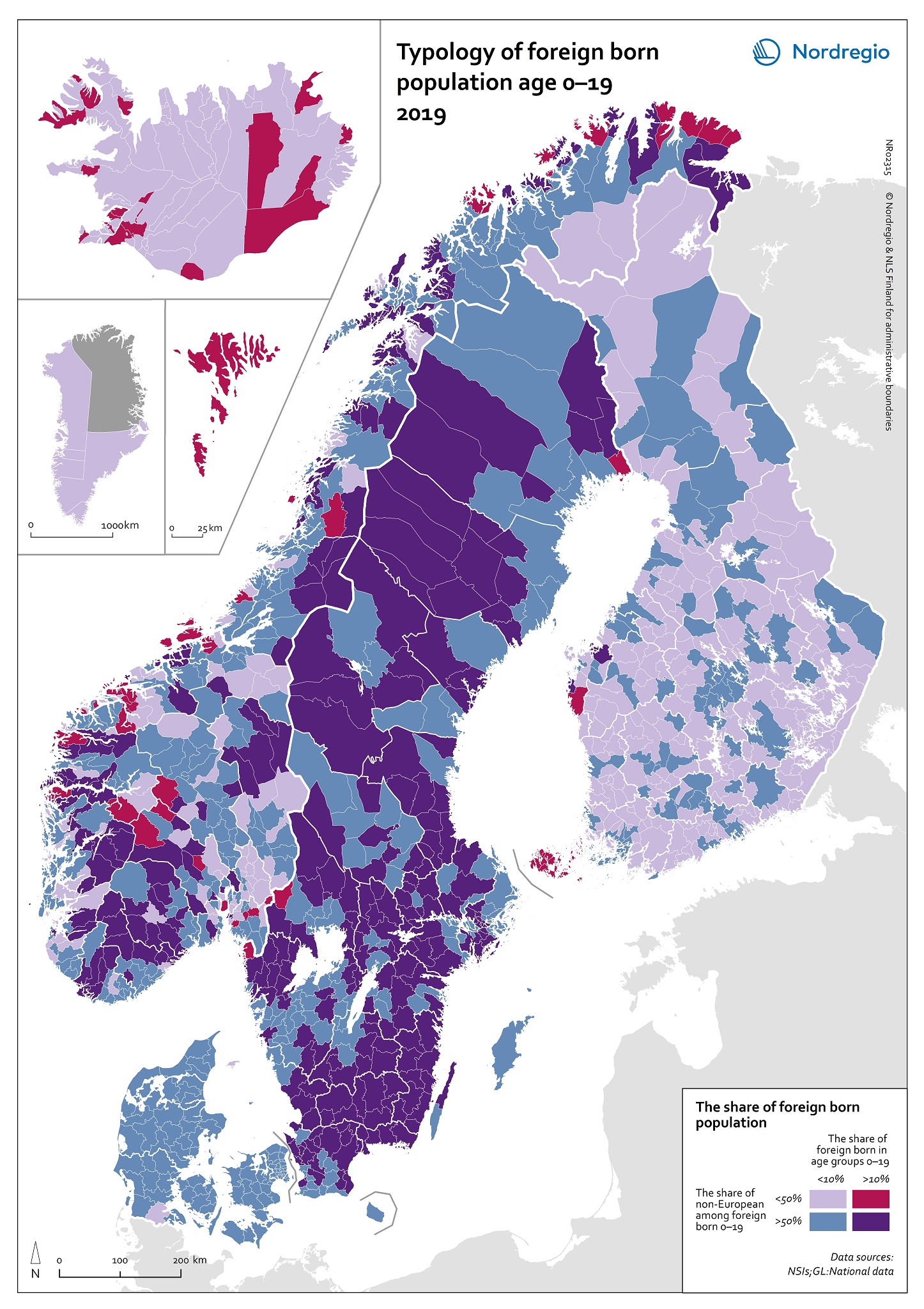 Young people are a vitality marker for the regions in which they live. In many rural and remote areas, the share of the population aged under 19 has decreased. In some of these areas, the youth population has increased. This is largely due to the in-migration of people of foreign descent. Some of these are children of immigrants and refugees, some are children of work migrants and some are unaccompanied minors.

The pattern in the map reflects an increased diversity in the population and a multicultural complexity in the municipalities in the Nordic Region. Some rural and intermediate regions in Sweden and Norway have both a high percentage of foreign-born young people and a high proportion of non-Europeans among the foreign-born. The Faroe Islands have a high percentage of foreign-born young people, most of them born in Denmark, while Åland has a high proportion of Swedish-born people.