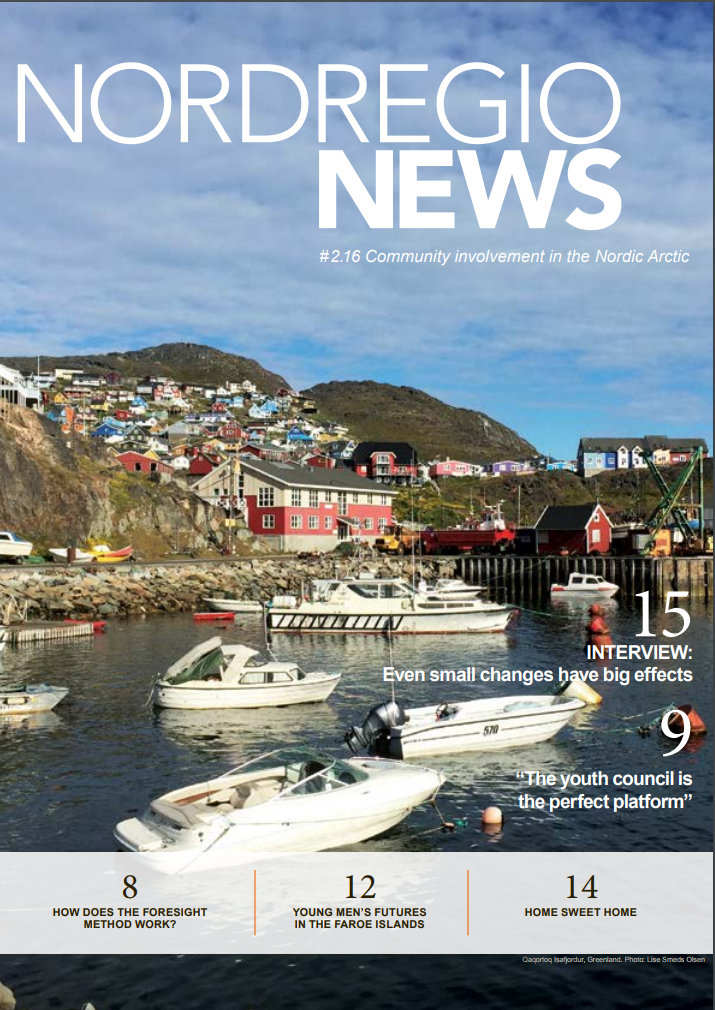 This issue of Nordregio News focuses on the Nordic Arctic. The area shares a number of common features, such as low population density, low accessibility, low economic diversity and abundant natural resources. It is also an area of increasing international attention, due to the effects of climate change and expectations about future exploitation of raw materials and the opening of new sea routes.

The Arctic region is also the home of four million people – if we include the Arctic populations in Russia, USA and Canada – as well as the object of hundreds of millions of Euros in research funding. However, the bulk of those funds are spent on the natural sciences and ethnological research, while only a fraction is used for social science research that is aimed at the region’s economic development and making it a better place to live. Because of this, we at Nordregio have chosen to put people first in our research on the Arctic. We wish to contribute to the body of knowledge about opportunities for creating sustainable regional development there. A large part of this work has already been carried out on behalf of the Nordic Working Group for Sustainable Regional Development in the Arctic, under the auspices of the Nordic Council of Ministers’ Committee of Senior Officials for Regional Policy.

This special issue of Nordregio News describes this work and some of its results. The main part of the working group’s activity has been to carry out a foresight analysis, based on the challenges and opportunities experienced by the residents of 12 Arctic local communities. An important reflection from the foresight work is that the attitudes of the residents have been changing; people are tired of the image of Arctic society as being underdeveloped, as well as with their own image of themselves as victims of exploitation and injustice. Instead, the citizens of the Arctic prefer to focus on the responsibility that they themselves have for their future development. These are attitudes that we wish to support by providing a solid knowledge base, analyses and policy recommendations. The Arctic is one of Nordregio’s four areas of geographical priority. In addition to working closely with the Nordic Working Group on important Arctic questions, Nordregio also manages the Nordic Arctic Cooperation Program 2015-17, and conducts Arctic research projects funded by Belmont and by the Northern Periphery and Arctic Programme.