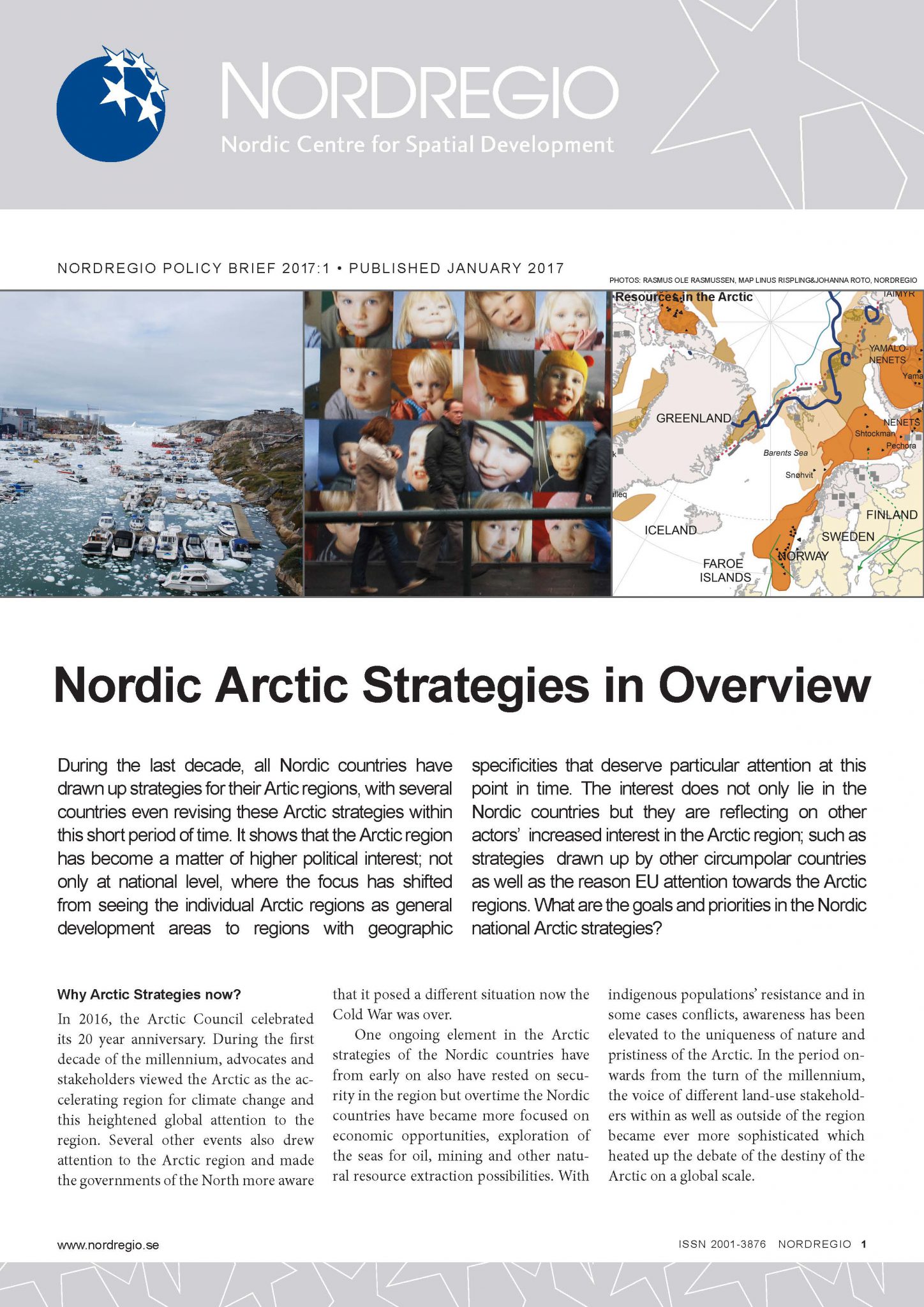 During the last decade, all Nordic countries have drawn up strategies for their Artic regions, with several countries even revising these Arctic strategies within this short period of time.

It shows that the Arctic region has become a matter of higher political interest; not only at national level, where the focus has shifted from seeing the individual Arctic regions as general development areas to regions with geographic specificities that deserve particular attention at this point in time. The interest does not only lie in the Nordic countries but they are reflecting on other actors’ increased interest in the Arctic region; such as strategies drawn up by other circumpolar countries as well as the reason EU attention towards the Arctic regions. What are the goals and priorities in the Nordic national Arctic strategies?