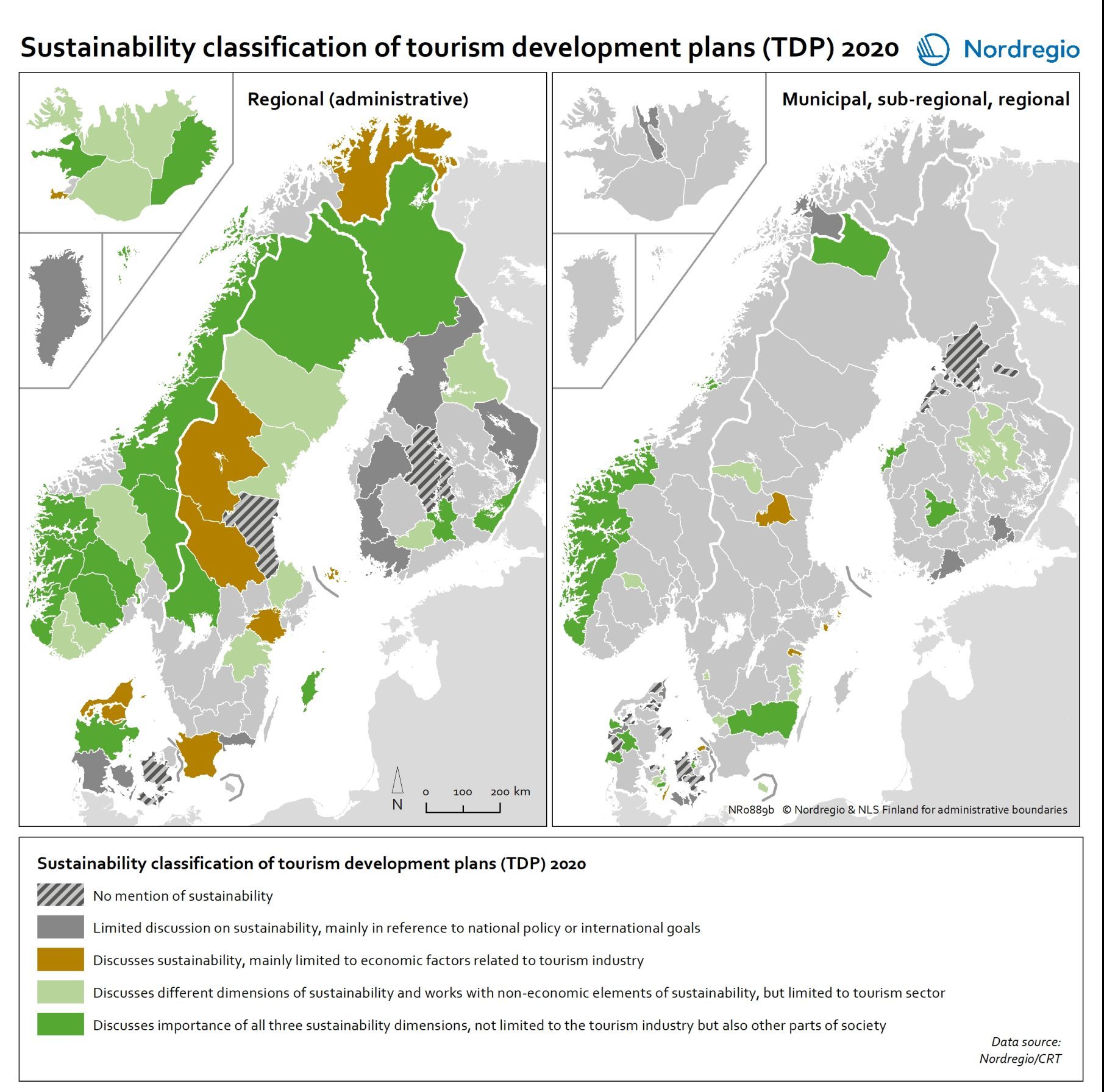 Sustainability is seen as an important part of the tourism development in large parts of the Nordic rural regions, at least on paper. Some tourism policies even state it as the point of departure, the light that guides the way in everything that tourism involves. A growing public awareness of the need to transition to more sustainable practices, increased public pressure, along with political statements and commitments to do so, means that we should expect to find sustainability concerns and the SDGs strongly reflected in sub-national plans for tourism development, too.

In this map, the dotted areas represent those TDPs that do not mention sustainability in any way. These mainly come from Denmark, as well as a few from Finland, Norway, and Sweden. The grey areas represent TDPs who mention the concept of sustainability, but in a very limited way, as a reference to an overall, global or international or national agenda, but without further operationalising or setting any goals regarding this for the local context. This type of treatment of sustainability concerns is mainly present in Finland, followed by Denmark and Sweden, plus a few cases from Norway and Iceland. Together, these two types represent almost two out of every five TDPs. They greyish green areas represent those TDPs which limit their discussion of sustainability to the economic sustainability of tourism businesses. This type of TDP is mainly found in Sweden, followed by Denmark, and then a case from each from Finland, Norway and Iceland.