Degree of rurality at the municipal and regional level in 2017

This map shows the average distance to the edge of the closest urban area for the population living outside urban areas in the Nordic municipalities and regions. 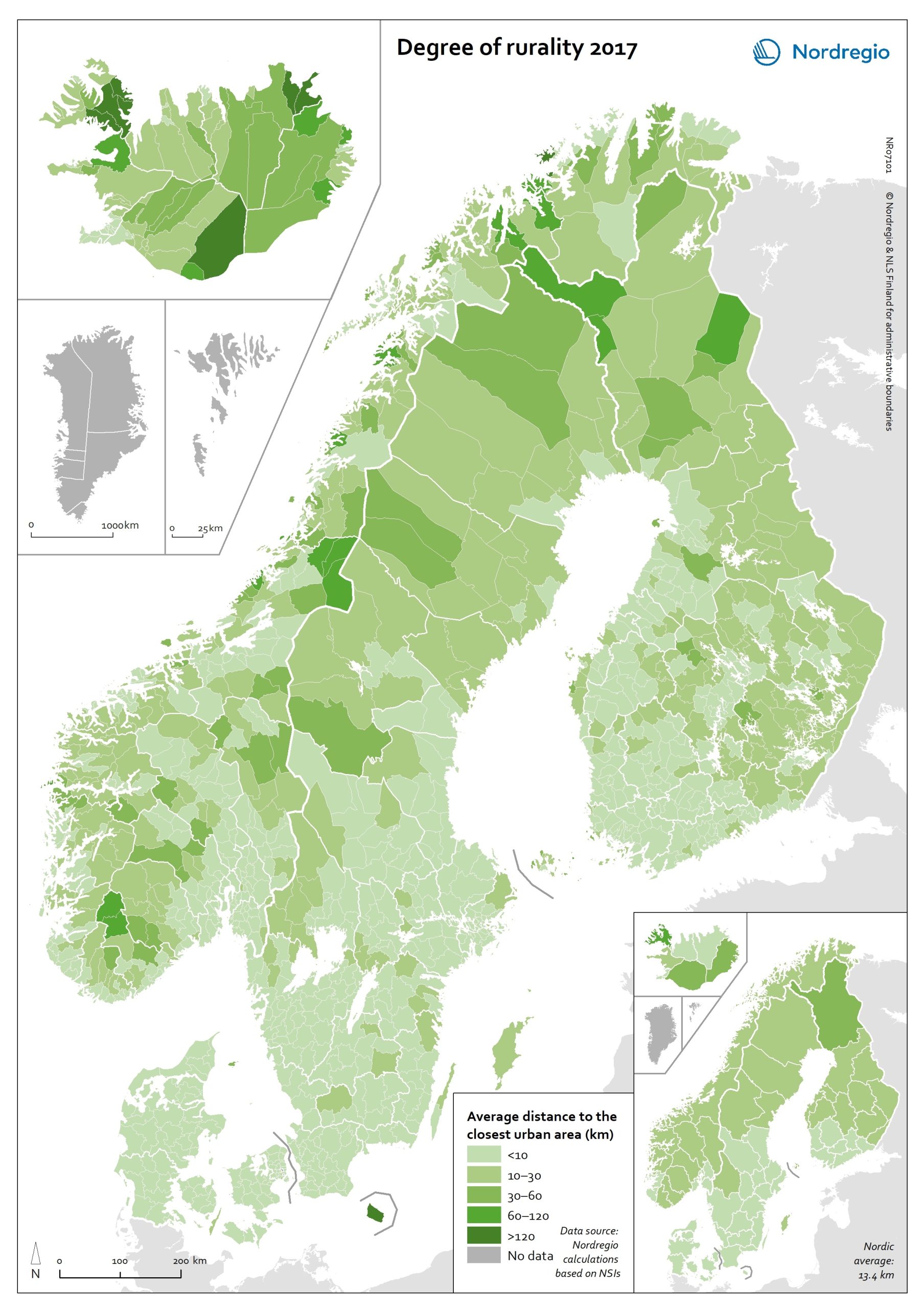 Method used to calculate the degree of rurality

In order to take into account access to services such as grocery stores, pharmacies, schools, community centres and public transport, the European definition of urban grid cells was used to create this map, i.e. a population density threshold of 300 inhabitants per km2 applied to grid cells of 1 km2. The closest distance was calculated from each rural grid cell centroid to the nearest urban grid cell centroid along the existing road network traversable by car, including car ferries, based on population grid data from 2017. Since the municipalities of Gladsaxe, Kauniainen and Sundbyberg are without any rural population (only having urban populations), they were not included in the analysis.