As of 2015, the supranational economic and political organization of the EU (European Union) has 28 member states. The EFTA (European Free Trade Association) consists of four countries (Iceland, Liechtenstein, Norway, and Switzerland), which through either the EFTA or bilateral arrangements have agreements with the EU to participate in the EU’s inner market. The Eurasian Economic Union is, since 2015, an economic, single market union consisting of five countries formerly part of the Soviet Union: Armenia, Belarus, Kazakhstan, Russia, and (ascending during 2015), Kyrgyzstan.

Among the Nordic countries, Denmark, Finland, Iceland, and Sweden are EU members; Iceland and Norway are EFTA members, while the Faroe Islands and Greenland are not members of any of these economic cooperation organisations. 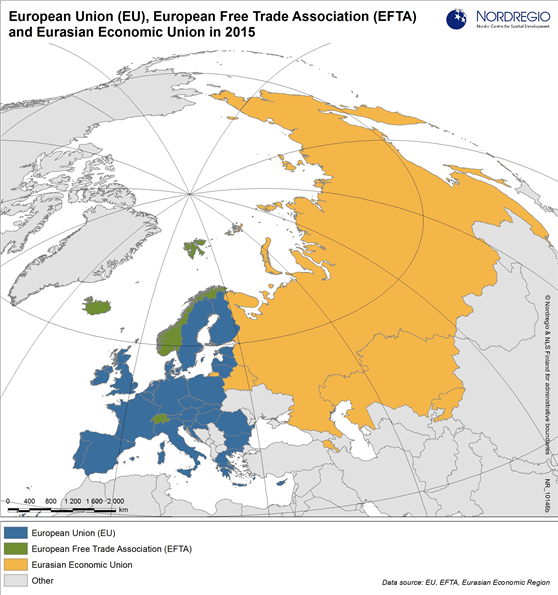