This map shows gross domestic product (in purchasing power parity) per person employed. GDP (PPP) per person employed is an indicator on labour productivity. It indicates how much output a given number of employees produce. As it includes the total production by persons actually employed in the region, it gives a more truthful picture than the standard indicator GDP per capita (which relates the GDP to the entire population).

In virtually all BSR countries, major metropolitan areas are in a class of their own in terms of productivity per employee. However, several more peripheral regions, which are rich in natural resources or major tourism infrastructure, challenge this overall pattern. 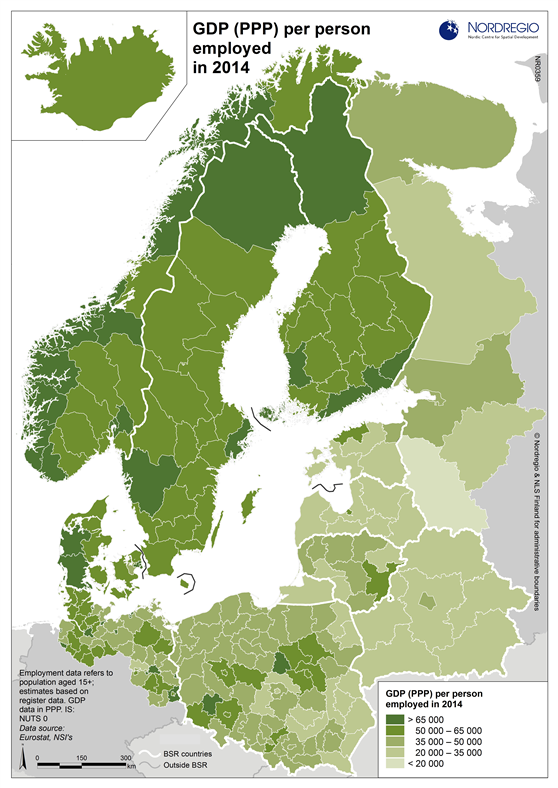