Gender balance of working age population in the Arctic

The map shows the number of females per 100 males within the working age population (15-64 years) across the Arctic at the sub-regional level in 2017. This figure is commonly referred to as the female ratio in working age. 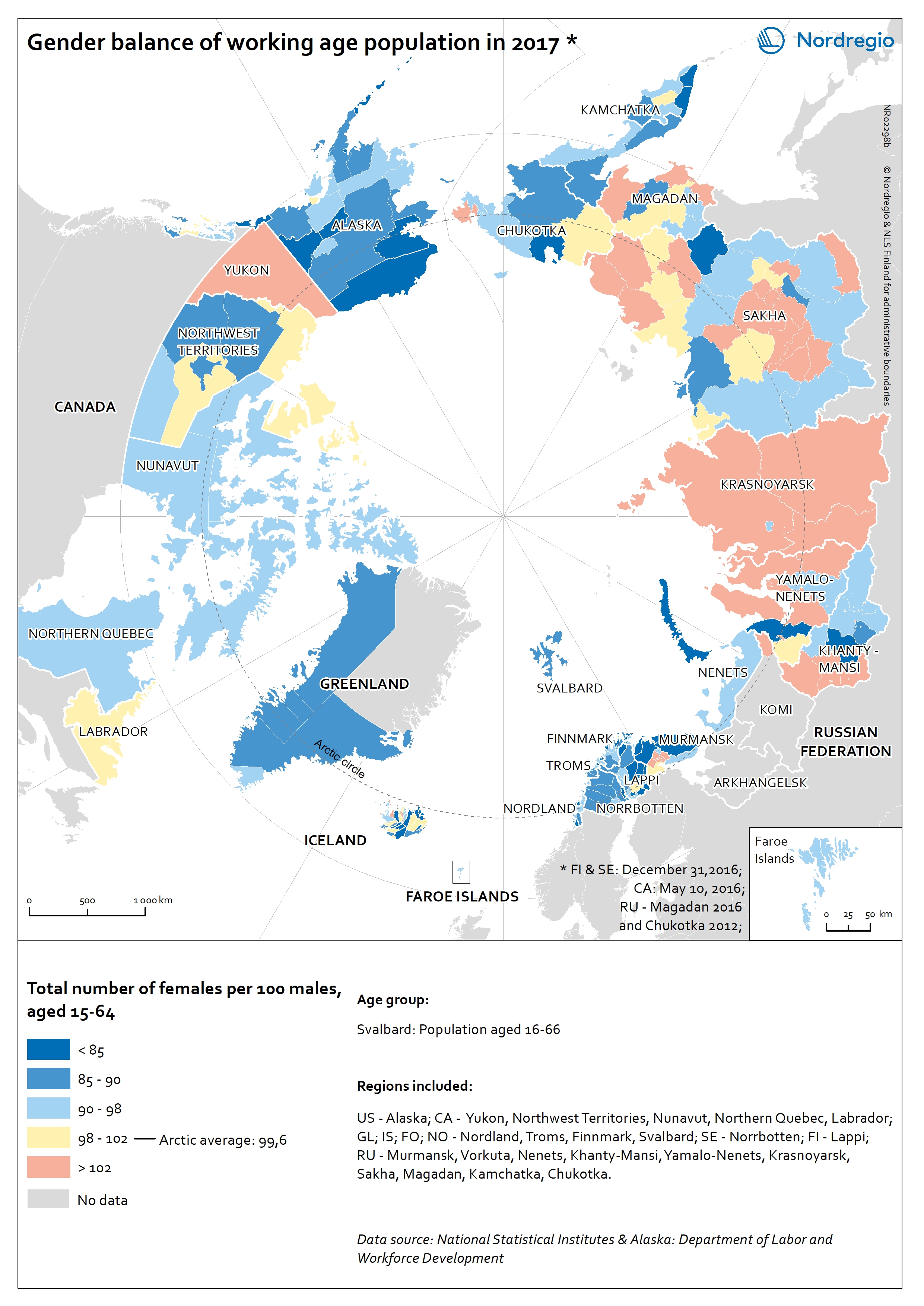