This map shows the disposable income Gini index at the municipal level in 2017.

The map reveals that inequalities are largest in Sweden and Greenland, whereas they are more contained in Norway and the Faroe Islands. Denmark, Finland and Åland are somewhere in-between. The absence of data for municipalities in Iceland makes comparison with the rest of the Nordic Region impossible. 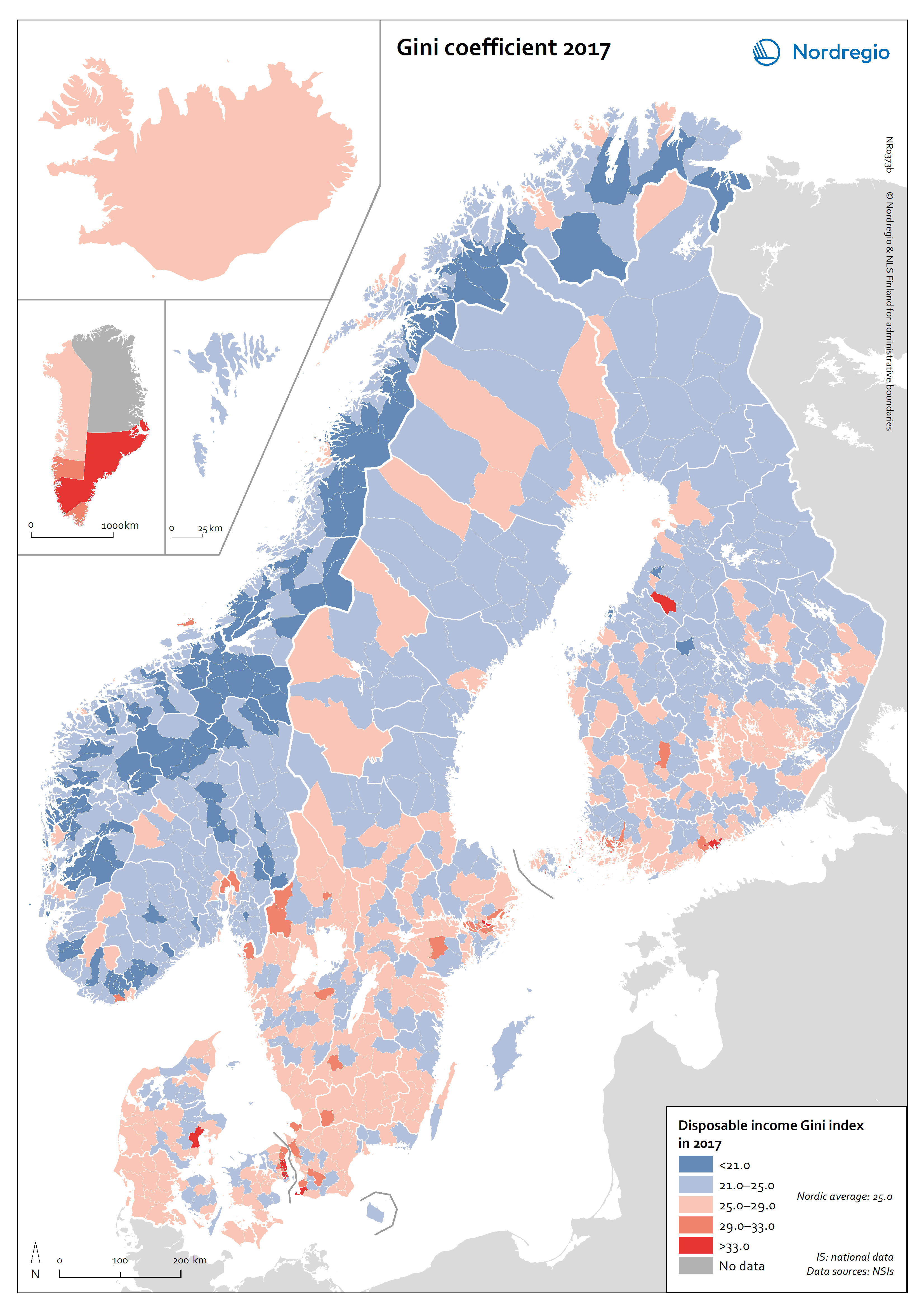