The map illustrates how well the regions of the Nordic countries perform in this dimension of eco-innovation as shown through green patents. The situation in 2011 is displayed by pie charts, while the annual average change over the years 2006-2011 is presented in red-yellow-green background colours. A high relative shares of green patents as a percentage of all patent applications (above 25%), and also a relatively high number of total patents, are found in the Pohjanmaa region on the West Coast of Finland, in several regions in Denmark, e.g. in Østjylland, Vestjylland and Sydjylland, in Norway’s Buskerud fylke and in Swedish Kronobergs län and Västerbottens. Moreover, in regions with a very small total number of patents, there are several cases where the green patent share is above 25%.

Green Patents in the Nordic Region 2016 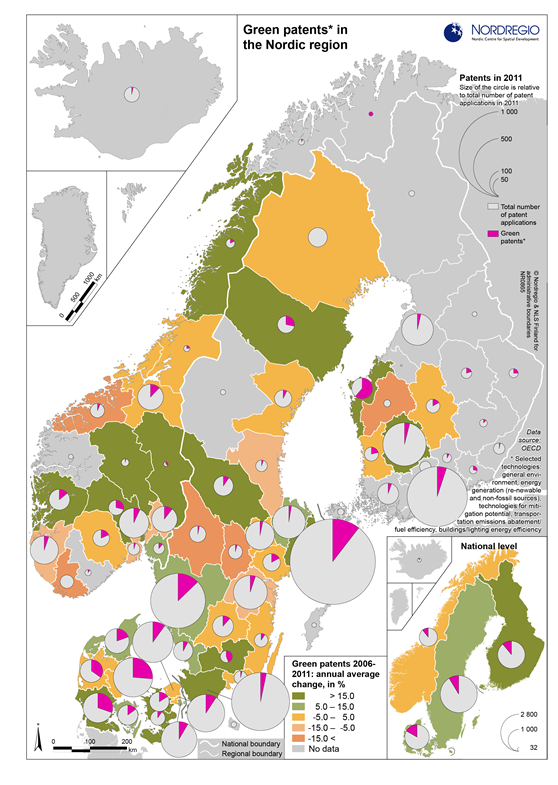