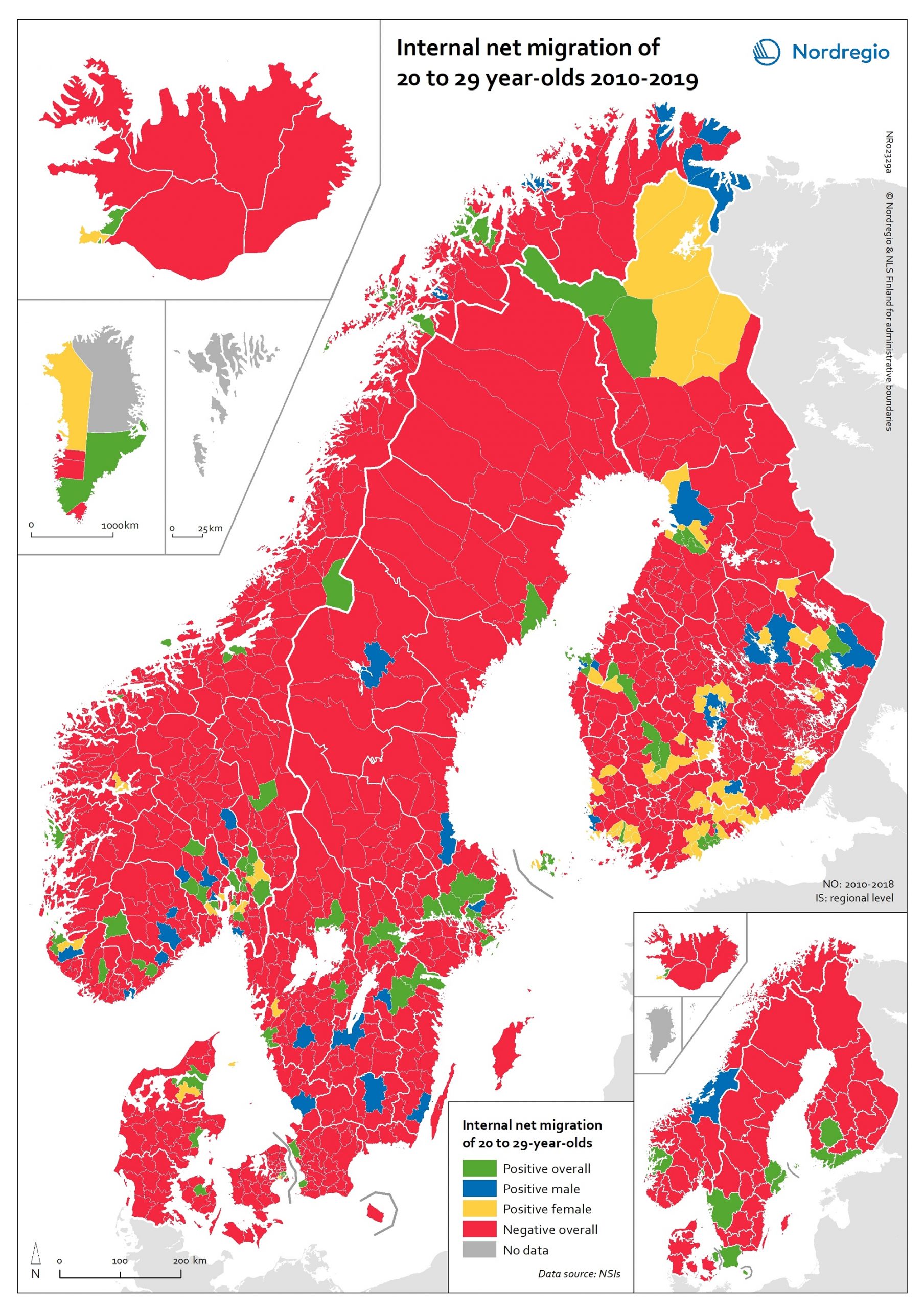 These migration flows of 20 to 29-year-olds are of interest since there is a particularly high level of internal migration among young adults across the Nordic countries compared to other EU countries. While the map shows that the great majority of municipalities experience negative net migration of young adults in favour of a few functional urban areas and some larger towns, it is possible to observe a number of exceptions to this general rule.

In general, the pattern of net migration among young adults is more diverse in Finland (where 72.0% of all municipalities have negative net migration), compared with 84.6% in Norway, 88.9% in Denmark and 89.0% in Sweden. However, it is important to remember that Danish, Finnish and Norwegian municipalities are smaller in size than their counterparts in the rest of the Nordic Region. These distinctions may impact the results shown by this map. The regional map shows that, with the exception of Suðurnes (Iceland), only regions including major cities experienced positive net migration of young people aged 20-29 years. In Trøndelag (Norway) this trend was only evident for males.