The largest part of Sápmi lies north of the Arctic Circle. The landscape varies from fjords, high mountains and deep valleys in the western part to Norway to forests and river valleys in Sweden to low plateau areas containing many marshes and lakes starting from Finnmark and the Torne Valley and continuing eastward. Part of the Kola Peninsula lies within the tundra region. This region is rich in natural resources, offering good opportunities for forestry, reindeer herding, tourism and, energy production etc., but is not always without conflicts between these various activities.

In the recent years rising prices and market liberalisation haves made investment in the prospecting for and the production of minerals much more interesting. This is particularly visible on the Fennoscandian Shield, which is recognised as having a minerals potential of global importance. Just within the traditional Sápmi area, there are currently 40 functioning mines in the region and within a few years there could be as many as 84. 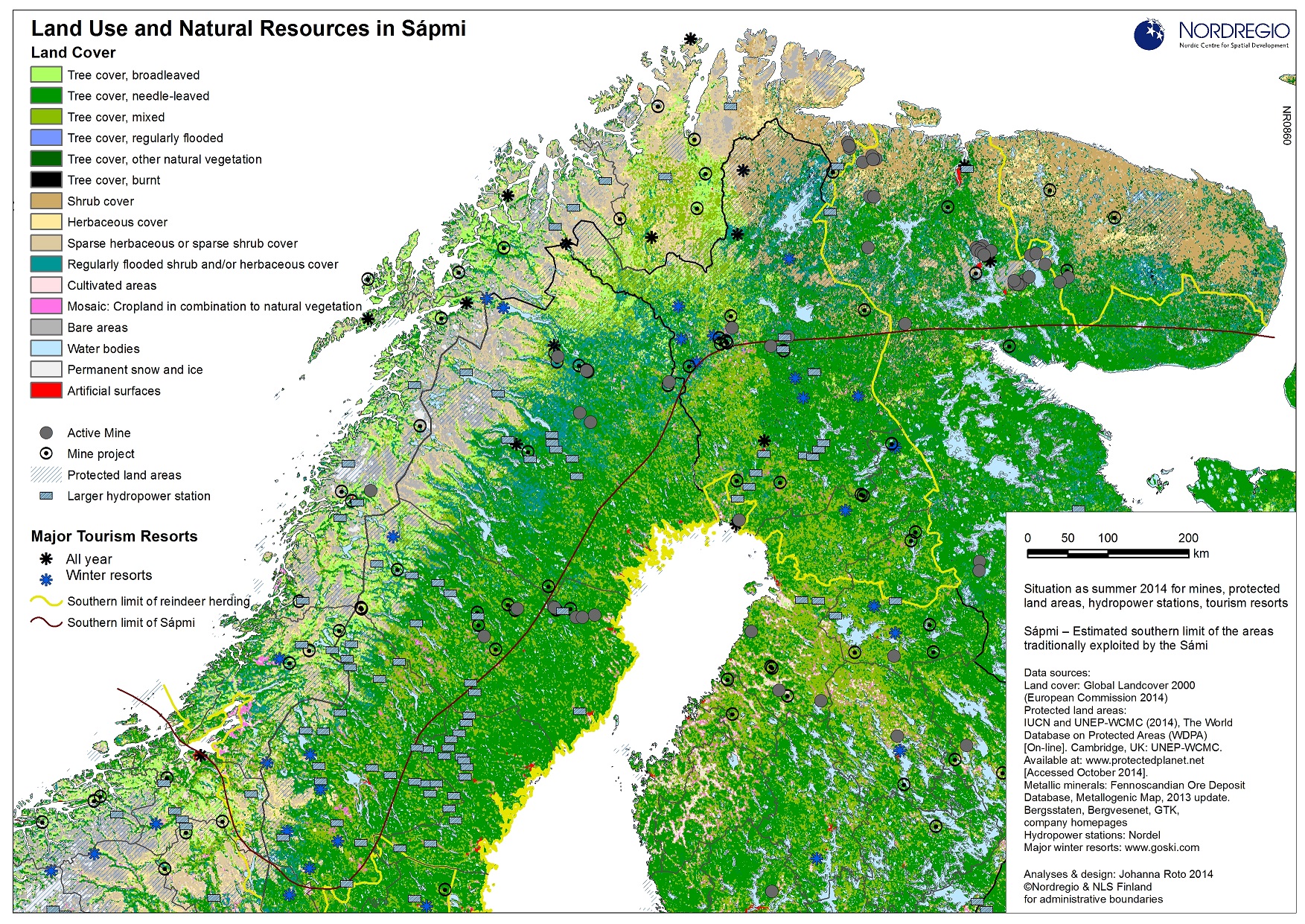